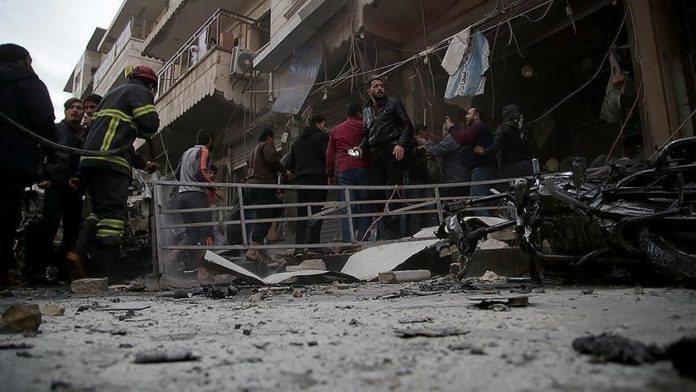 At least five civilians were wounded late Thursday when two bombs simultaneously exploded in the northern Syrian city of Al-Bab.

Local security forces said they suspected YPG/PKK terrorists were behind the attack, which caused material damage in the area.

Al-Bab was cleared of terrorist YPG/PKK elements in 2016 as part of Turkey’s Operation Euphrates Shield, which was launched to eliminate terrorists along the Syrian border and ended in March 2017.

In its more than 30-year terror campaign against Turkey, the PKK — listed as a terrorist organization by Turkey, the US and the European Union — has been responsible for the deaths of 40,000 people, including women, children and infants. The YPG is the PKK’s Syrian branch.