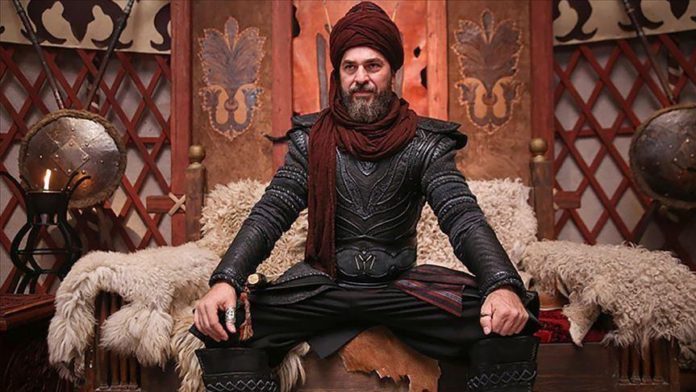 Turki Lala, a series proposed by Turkey and Pakistan, will highlight the role of Muslims in the sub-continent during the Balkan Wars.

“We have started to write Turki Lala series scenario. First, we will prepare the script and then will begin shooting,” Kemal Tekden of Tekden Film told Anadolu Agency.

Tekden and his team arrived Thursday in Pakistan on a five-day visit and were warmly welcomed by officials and Pakistanis.

“Actors from Pakistan and Turkey will work on this series which will largely shoot in Turkey,” said Tekden.

Lala, in the Pashto language, refers to “elder brother,” and the series will highlight the role of Muslims from the sub-continent who went to Turkey in 1920 and fought imperialist forces.

Most Muslims who helped Turkey, traveled from present-day Pakistan under the Khilafat Movement flag – a campaign to support the Ottoman Empire in the early 20th century.

During the meeting with Khan, the Kashmir Committee Chairman Shehryar Afridi briefed him on the series and said Turk Lala played an important role in the Khilafat Movement.

He was referring Abdur Rehman Peshawari, who held the distinction of becoming one of the first reporters for Anadolu Agency when it was founded in the early 1920s.

Born in 1886 in Peshawar, the capital of Pakistan’s Khyber Pakhtunkhwa province, to a wealthy Samdani family, Peshawari abandoned his studies to join the people’s mission to help Turkey during the Balkan war.

“This series is very important where we will highlight the role of Muslims from sub-continent which they had played during Turkey’s war of independence,” Tekden said, adding that the series would strengthen brotherhood between Turks and Pakistanis.

He thanked Khan for airing Ertughrul and Yunus Emre on Pakistani state-run television and according to Tekden, Khan said he is waiting for more historical serials that could educate the younger generation about our history.

Celal was part of the Tekden team who met Khan when the prime minister praised their work for producing the Ertugrul series.

He said despite the 5,000-kilometer (3,100-mile) distance between Turkey and Pakistan, he feels like himself in his own country.

“I am feeling that I am in Ankara, Bursa or Istanbul. Really, I love this country [Pakistan],” he added

“People warmly welcomed us here and I felt Pakistani people are looking toward Turkey with hope, which I realized here that Turkey is bigger than itself,” said Celal.

He said television series and movies could play an important role in strengthening our brotherhood and educate our younger generation.

“People do not look at us as actors. We are hope for them as Ertugrul Ghazi give them a new hope,” he said, and added that Turkey and Pakistan are two brotherly countries which have long historical and brotherly relations.

He also spoke on atrocities carried out against Muslims in India, Kashmir, Myanmar, East Turkistan, Syria, Iraq and Palestine. “Our hearts are together with these Muslims who are under oppression and persecution,” he said.

Judge: US Air Force mostly to blame for 2017 Texas church...