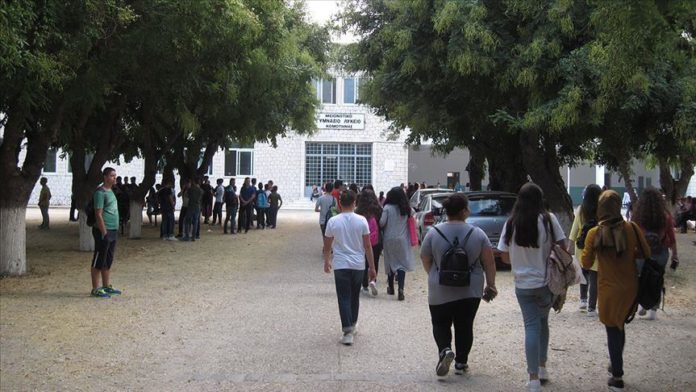 For decades, the Turkish minority in Greece has faced government-imposed hurdles to exercising its fundamental rights on education, religious affairs, and the recognition of its ethnic identity.

Several recent developments have cast a harsh spotlight on the problems of Turks in Greece, including a decree restricting the autonomy of the mufti Muslim clerics, land belonging to a Muslim religious foundation being sold off to a tourism company, and the government-ordered closure of five Turkish minority schools.

The rights of the Turks of Western Thrace were guaranteed under the 1923 Treaty of Lausanne, a pact forged in the aftermath of World War I, but since then the situation has steadily deteriorated.

After a Greek junta came to power in 1967, the Turks of Western Thrace started to face harsher persecution and rights abuses by the Greek state. Following Turkey’s 1974 peace operation on Cyprus, the Greek military junta eventually fell, but the tight restrictions on the Turkish minority persisted, and were even tightened.

By the early 1990s, some rights of the Turkish minority were restored, but only partially. However, problems regarding collective and civil rights continued and additional suffering emerged.

Greece bases this policy on its misinterpretation of the Treaty of Lausanne, as the treaty in no way excludes consideration of the minority’s Turkish identity.

Indeed, in the 1950s, during an era of good Turkish-Greek relations, Greece used to officially refer to the minority as the “Turkish minority.”

But this stance changed after the 1967 military junta began referring to the minority as a “Muslim minority,” a policy which continues to this day.

Throughout the 1980s, Greece even banned associations that had the word “Turkish” in their names.

The European Court of Human Rights ruled against Greece on this matter in 2008, but Greece has defied the rulings, refusing to implement them.

Under this draconian policy, all Turkish minority associations that contain the word “Turkish” in their names are still forbidden in Greece.

Another continuing problem of the Turks in Western Thrace is the Greek state’s interference in their religious affairs.

The election of muftis by Muslims in Greece is regulated by the 1913 Treaty of Athens, a Greek-Ottoman Empire pact which was implemented by Athens in 1920.

But in 1991, in violation of international law, Greece annulled its law implementing the 1913 treaty, and unlawfully started to appoint the muftis itself.

The muftis appointed by the Greek state have since usurped local Muslims’ right of jurisdiction over family and inheritance matters.

The majority of Muslim Turks in Western Thrace do not recognize the muftis appointed by the Greek state and instead, rightfully, elect their own muftis. However, since 1991 the Greek state has refused to recognize these elected muftis, and Greek authorities have even put the clerics on trial.

In June 2019, a Greek presidential decree further restricted the autonomy of the appointed muftis. The decree contains provisions downgrading the status of the muftis into ordinary public officials.

The administrators of Muslim pious endowments (waqfs) are also appointed by the Greek state, even though Article 40 of the Treaty of Lausanne specifies that they must be elected by the minority.

This policy has led to the mismanagement of the endowments, including the expropriation of their properties.

But when kindergarten attendance recently became compulsory in Greece, the need to open minority kindergartens emerged.

Despite kindergarten education being mandatory, Greece does not allow the opening of bilingual minority kindergartens, thus forcing the children of minority families to attend Greek ones.

Over the protests of the minority, in recent years Greece has also closed down several minority primary schools, citing low enrollment as a pretext.

The current minority secondary and high schools in Western Thrace’s regions of Komotini (Gumulcine) and Xanthi (Iskece) do not have enough space to enroll all the minority students, and so new schools are needed.

In terms of infrastructure, some minority schools also urgently need maintenance and restoration.

The education standards at minority schools are also low and need improvement.

The Aegean islands of Rhodes and Kos (Istankoy), which are part of Greece’s Dodecanese islands, are home to around 6,000 Muslim Turks.

Greece does not recognize the rights of the Turkish population living there, due to a loophole, as these islands were under Italian rule during the time of the Treaty of Lausanne.

These Turks do not have and cannot establish their own schools on the islands, and are subject to policies apparently aimed at their assimilation.

The properties of pious Muslim endowments in the Dodecanese are also governed by Greek-appointed boards, as in Western Thrace.

The assets of these centuries-old endowments in the Dodecanese are often sold off by the boards, using the mosques’ restoration expenses as a pretext.

This article was only applicable to Greek citizens who were not ethnic Greeks. This rendered 60,000 Greek citizens of Turkish ethnicity who traveled or migrated abroad stateless due to the Greek state’s interpretation that they lacked any intention of returning home.

Article 19 was repealed in 1998, but not retroactively, thereby leaving the 60,000 people who had lost their Greek citizenship with no way of regaining it.

Another serious problem is the Greek state blocking the minority’s right to democratic representation.

In 1993, Greece introduced a national election threshold of 3%, applicable to political parties as well as independent candidates, in order to prevent the election of independent lawmakers from the Turkish minority.

As the threshold remains in force, the only way Turkish minority candidates can be elected now is from within other mainstream Greek political parties.

Moreover, outside of the Western Thrace region, Greece lacks a single functioning mosque.

Despite continuing requests by the hundreds of thousands of Muslims living in Athens and Thessalonica, Greece’s most populous cities – largely migrants from other Muslim countries, along with ethnic Turks – they lack even a single functioning mosque.

This situation gives Athens the dubious distinction of being the only European capital with no mosque.

The seemingly endless planning for a mosque in Athens has been under way for several decades.

However, the mosque under construction has yet to be fully inaugurated or utilized for prayers.

Years of failure to complete and open the mosque as well as its awkward location will probably continue to draw criticism from local Muslims for this “mosque with no minarets.”