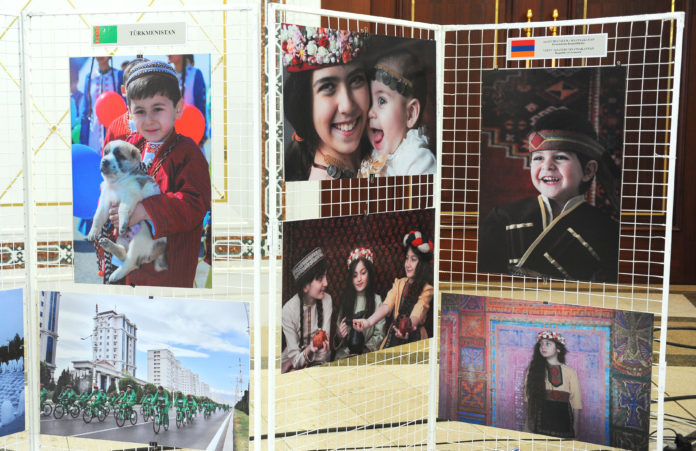 Turkmenistan has organized a photo exhibit dedicated to the 25th anniversary of the country’s neutrality, the country’s Culture Ministry announced Thursday.

The exhibit, at a museum in the capital Ashgabat, includes works by domestic and foreign photographers and news correspondents.

The show’s opening ceremony, organized by the country’s Culture Ministry, was attended by well-known artists, representatives of public organizations, the country’s mass media, and students.

The exhibit also included works by talented authors on unique landscapes and natural phenomenon, as well as photos of architectural monuments.

Works of Berdimuhamedov on the history of Turkmen nation, its culture and years-old traditions as well as achievements during the country’s independence were also presented in the gallery.

Also included were examples of decorative and applied art, ceramics and sculptures, carpets made in the best national traditions by famed Turkmen masters, and young talents.

The exhibition included a videoconference session held with the attendance of representatives from Turkey, Afghanistan, Belgium, Germany, India, China, Korea, Russia, Uzbekistan, and other countries.

Anadolu Agency photo correspondent Ozkan Bilgin attended the exhibit on behalf of Turkey. Saying he was very pleased to attend, Bilgin told those present about the agency’s activities.

He said that as part of revamping its global digital content distribution platform anadoluimages.com for its 100th anniversary, Anadolu Agency had added 1 million videos.

The platform, with a total of 8 million visuals, provides direct content to global media organizations from all over the world with easy purchasing options.

Some 7 million photos and 1 million videos in the digital archive can be accessed through the platform of Anadolu Agency.

The event organizers thanked Anadolu Agency and the Turkish nation for their efforts.

In July 1992, Turkmenistan declared its positive neutrality policy as part of its foreign policy at the Helsinki Summit of the Organization for Security and Cooperation in Europe.

On Dec. 12, 1995, the UN General Assembly adopted the “Permanent Neutrality of Turkmenistan” resolution, unanimously by all 185 member states.