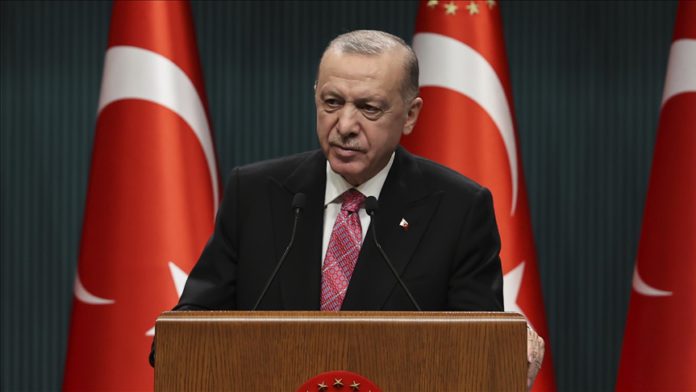 While the global goods trade decreased 10% in 2021, Turkiye achieved to increase its exports by 33%, Recep Tayyip Erdogan told reporters following a Cabinet meeting in the capital Ankara.

Compared to 2002, when Turkiye’s annual exports were $36 billion, they increased by six times, he stressed, as Monday’s figures showed that the country’s exports reached $225.37 billion last year.

Last year, the foreign trade deficit decreased to $46 billion, while the export-import coverage ratio reached 83%, which was 51% in the early 2000s.

The country’s new tourism target is to surpass the pre-pandemic level, Erdogan said.