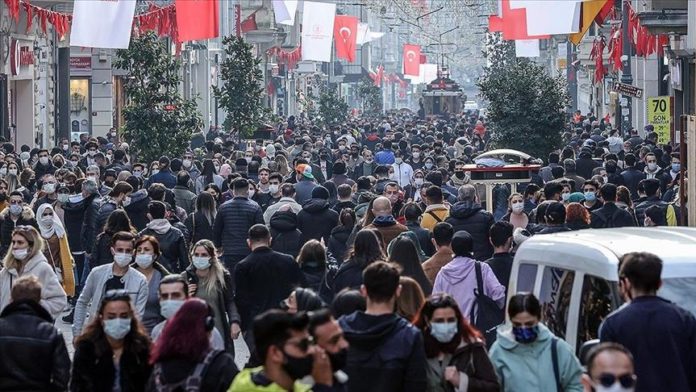 Turkiye’s population exceeded 84.68 million in 2021, increasing more than 1 million versus the previous year, the Turkish statistical authority said on Friday.

The Turkish Statistical Institute (TurkStat) data showed that 49.7% of the population comprised male and 50.3% women.

Some 93.2% of the total population was living in provincial and district centers, while around 7% were living in towns and villages.

Istanbul was the most crowded city with 15.84 million people (18.7% of the total population), followed by the capital Ankara with 5.75 million, the Aegean province of Izmir with 4.4 million, the industrial province of Bursa with 3.15 million and the Mediterranean resort city of Antalya with 2.6 million.