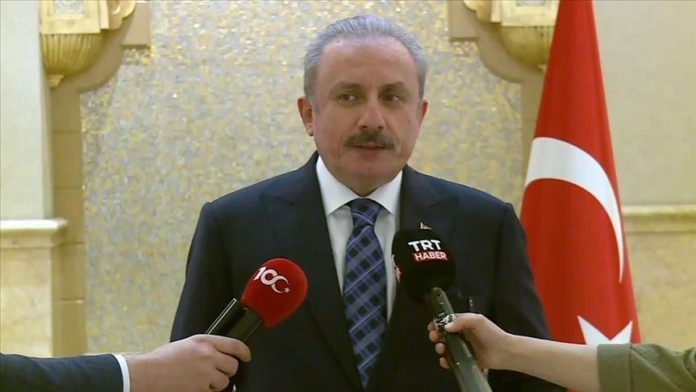 Accompanied by a Turkish parliamentary delegation, Sentop and Al-Nahyan discussed their expectations on the bilateral relations.

During the meeting, the two sides expressed their wish to further develop commercial and economic ties.

Underlining the deep-rooted historical bond between the two countries, Sentop said both nations sought close relations and cooperation, and that UAE authorities had a strong will to develop ties with Turkiye.

Sentop later set off for Dubai to visit the Turkish, Emirati, and Azerbaijani stands at Expo 2020.

Speaking to reporters in Abu Dhabi later on Thursday, Sentop said the two countries would soon take their existing relations to a much higher level.

Turkiye and the UAE can work together in many areas, including in commerce and the economy, said Sentop, underlining the sides had the capacity to contribute to regional peace by working together.​​​​​​​

Sentop arrived in the UAE late on Wednesday.

Earlier, he had held bilateral and inter-delegational talks with Saqr Ghobash, head of Federal National Council of the UAE, as part of his official visit to the country.

Turkiye’s President Recep Tayyip Erdogan is expected to pay an official visit to the UAE in mid-February.