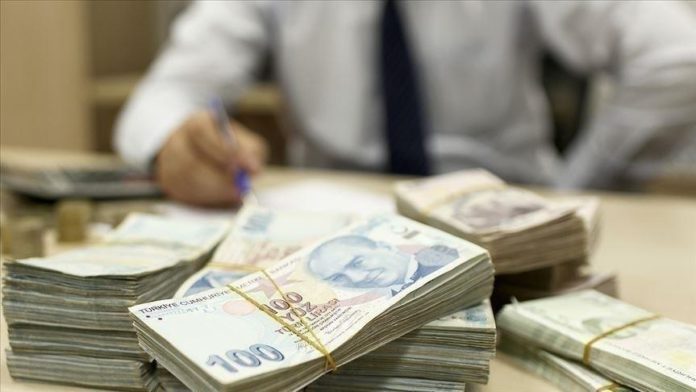 The term refers to a long-held tradition in Turkiye of turning to gold to safeguard wealth and storing it at home.

“The important thing for us is the stabilization in the exchange rates. With this package, we will have put the gold under-the-mattress into the system, which is estimated to be around 5,000 tons of gold equivalent to $250-350 billion,” he said, adding that more details will be announced soon.

A certain amount of this will support the Central Bank and meet the need for foreign exchange, he noted.”But most importantly, it will shore up the Turkish lira, which forms the basis of our model.”

At a press conference held at the Turkish Embassy in London, he said that at the meetings he highlighted Turkiye’s dynamic production capacity, strong growth performance, healthy public finance, firm banking sector and low debts.

Stating that the inflation in the country is temporary, he said communication with the bankers and investors will be regularly maintained.

On the newly introduced FX-protected deposits, he said the tools aiming to shore up lira’s value should not be viewed as single-use.

“We started with individuals, we added legal entities. The Central Bank also allowed Turkish citizens living abroad to benefit from this instrument.”

“The amount we received here exceeded 312 billion liras ($23 billion) as of Monday,” he said.

“While it (FX-protected deposits) started with 10% of the total deposits in the initial days, the figure has reached 45%. Citizens are showing interest,” he added.

Under the facility, if the yield remains below the exchange rate, the government has pledged to pay the difference between the value of savings in lira and equivalent dollar deposits.

*Writing and contributions by Aysu Bicer in Ankara

'Fighting inflation to be Turkey's top agenda in 2020'