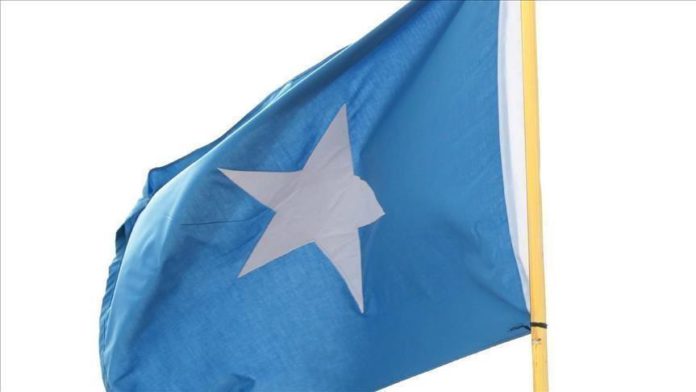 Somalia and Turkiye enjoy a special relationship, including trade, which encourages the Somali business community to travel to Turkiye to import everything from clothing to medicine.

If one visits Somalia’s biggest markets in Bakara, Hamarwayne, and Suuq Bacaad in the capital, it would be easy to realize that the Turkish textile industry enjoys complete dominance.

Abduwahid Ahmed Ibrahim, a trader in Mogadishu, told Anadolu Agency that the friendship between Mogadishu and Ankara has provided an opportunity for big and small Somali companies to interact with their Turkish counterparts to import goods from Turkiye, especially textiles, electronics, construction materials, and furniture.

“I think the most important fact is that previously, clothes were imported from China and other countries, which were very cheap but of less quality. Now, all textile products from Turkiye are reliable and affordable, and Somali people can see the difference,” said Ibrahim.

Batuulo Ahmed, a customer at a supermarket in Mogadishu, said not only textiles but Turkish electronics are also popular in the capital.

Ahmed, who has been to Turkiye several times, told Anadolu Agency that every piece of furniture in her home is “imported from Turkiye — from the television to the dishwasher to the refrigerator are made in Turkiye.”

Mohamed Dubo, the director of the Somali Investment Promotion Office at the Ministry of Planning, told Anadolu Agency that he can pinpoint factors that contributed to the rise of Somali businesses and importers from Turkiye.

He said that since 2011, Turkiye has been involved in major developments in Somalia, from capacity building to helping public institutions get up and running to serve residents.

“I can say that there are three major factors, the first one being logistical connectivity — airborne cargo between Somalia and Turkiye,” he said.

Dubo said there are also daily flights by Turkish Airlines from Istanbul to Mogadishu, and because of this, the Turkish and Somali business communities became more interconnected.

He said that when Saudi Arabia, Egypt, the United Arab Emirates (UAE), and other countries cut ties with Qatar and blockaded it in June 2017, Somalia decided not to take sides and remained neutral.

“The proxies in the Horn of Africa region and Gulf dispute saw Somalia lose the UAE and Kenya and start to lean toward Qatar and Turkiye. Since then, Somalia and Turkiye have become economically interconnected,” he said.

He noted that the Turkish language and economics, especially the relationship between the two countries and the cultural influence and integration, have also been the main reason why Turkiye is successful in Somalia.

Abdifatah Hussein Mubarak, a lecturer at the faculty of economics and management science at Mogadishu University, believes Turkiye’s engagement in Somalia has redefined its foreign policy identity, which has also opened up the space for businesses and civil society organizations to operate in Somalia.

Mubarak said Turkiye’s President Recep Tayyip Erdogan’s 2011 visit to Somalia, when he was then the prime minister, helped pave the way for closer cooperation in trade and investments. Afterward, Turkish exports to Somalia skyrocketed.

He said Turkiye’s assistance to Somalia helped restore confidence in the Somali government and projects that Ankara introduced have helped economic growth and investments in Somalia, which was much needed for a country that has seen many challenges, political in-fighting, civil war, and lawlessness for more than two decades.

“Turkiye has become Somalia’s prime partner in the security sector alongside the European Union mission in Somalia and the United States,” he said.

He told Anadolu Agency that forces of the African Union Mission in Somalia and other efforts by regional blocs are good, but they cannot provide a lasting solution to the country’s security problems.

“Turkiye’s military base in Mogadishu, Camp TURKSOM, oversaw the training of the Somali Haramcad Special Police Unit and the Gorgor Commando Brigade in Turkiye, and both bodies have dealt heavy blows to the Al-Shabaab terror group,” said Mubarak.

More Somali students were flown to Turkiye to receive higher education and scholarships at universities and institutions.

Mubarak said Turkish universities have offered Somali students higher quotas, rendering them one of the largest student bodies among the nearly 200,000 international students in Turkiye.

“Somalia has doctors and nurses who graduated from Turkish universities and have played significant roles in Somalia’s health sector,” he said.

The Recep Tayyip Erdogan Research Hospital was also inaugurated in Mogadishu in 2015.

“Over the years, the Turkish Cooperation and Coordination Agency has renovated numerous hospitals and health facilities across the country that were dilapidated from the civil war,” he said.

In 2020, Turkiye’s trade volume with Somalia amounted to an estimated $280 million and the estimated value of Turkish companies’ investments in the country reached $100 million.