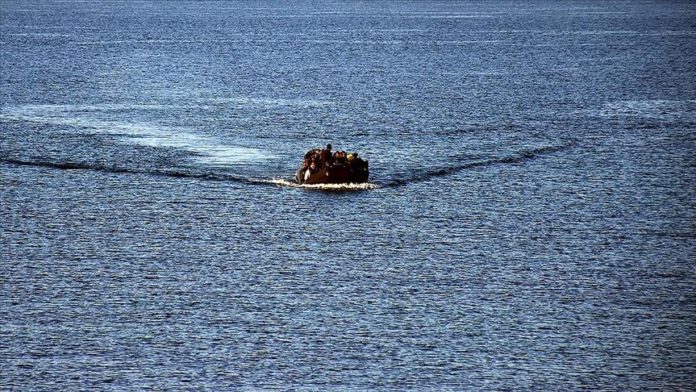 Turkiye’s Supreme Court records in a case of migrant smuggling in which two irregular migrants lost their lives have shed light on the details of the dangerous journey migrants set out to start a new life in Europe.

Turkiye’s Supreme Court of Appeals upheld a sentence of 47 years and 11 months in prison to an accused Syrian national on charges of “migrant smuggling and killing under the principle of dolus eventualis” in the case of two irregular migrants, including one child, who died while trying to escape abroad across the Aegean Sea through the human smugglers.

According to the court records, the accused worked in the shoe business in Turkiye for two years to save money for fleeing to Europe. Later, he got in touch with human smugglers through his relatives in 2016 and asked them to help him go abroad.

The smugglers asked for €1,600 ($1,826) for helping him, while the accused said he only had €1,400. Then, the smugglers offered him to drive the boat to be used for transporting him and other irregular migrants in exchange for a discount, the records added.

The day before the incident, in the Ayvalik district of Turkiye’s western Balikesir province, the accused received around a 45-minute-long training from human smugglers on driving the boat.

The smugglers the next day brought other irregular migrants that got on the boat at night, while the boat was a different one than the accused was trained for. After the boat was set to sail, the human smugglers left the area.

About 10 minutes later, the boat was hit by a wave causing two migrants to fall into the sea and they could not be rescued. After the boat started to take on water, the irregular migrants that asked for help by phone were rescued by the Turkish Coast Guard teams.

After the incident, a criminal case was filed against the Syrian defendant, who was using the boat, on charges of smuggling migrants and causing the death of two people.

He was sentenced to six years and three months in prison on charges of smuggling of migrants, and 41 years and eight months in prison on the charge of “killing under the principle of dolus eventualis” which refers to situations where the accused “foresees the consequences that can occur but prefers to disregard them to achieve his/her aim.”

His aim was to go abroad, the accused said, adding that he accepted to drive the boat because he had no money.