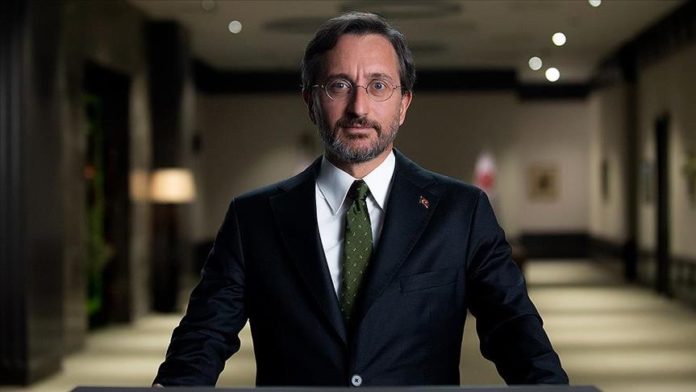 Turkiye’s Communications Director Fahrettin Altun on Thursday commemorated the victims of the Holocaust.

“On International Holocaust Remembrance Day, I respectfully remember all victims of that genocide,” Altun said on Twitter.

Altun underlined that combating “all forms of racism, Islamophobia and discrimination is our greatest obligation as human beings. Let us take this opportunity to say yet again: ‘A fairer world is possible’.”

He also posted a video commemorating the victims of the Holocaust.

The International Holocaust Remembrance Day commemorates the killing of six million Jews and at least one million others by the Nazi regime and collaborators.