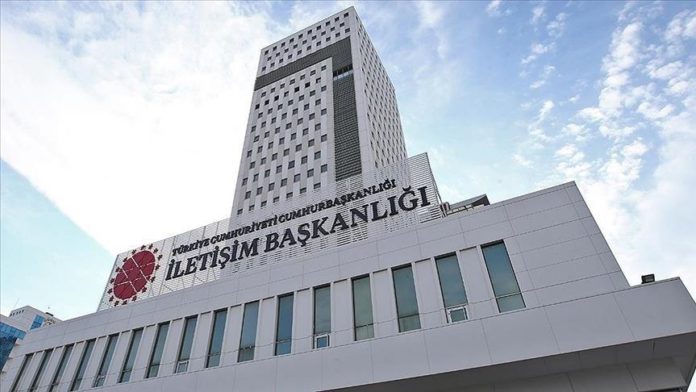 The legitimization and normalization of racism and discrimination under the pretext of freedom of expression stands as one of the most serious issues today, and unresolved racist attacks pave the way for much greater problems, according to the head of the Turkish Communications Directorate.

Fahrettin Altun’s remarks came in the opening speech of a Monday panel titled “Seeking Justice for the Hanau Victims: The Far-Right Terrorist Threat in Germany,” dedicated to people with migrant backgrounds killed on Feb. 19, 2020, when a far-right terrorist attacked two cafes in the German town of Hanau.

“Every racist attack that is not accounted for and shed light upon brings along new acts of terrorism,” Altun said. “We will never bow to terrorism.”

He stressed that the point of the panel was not to point fingers at Germany but draw attention to grave troubles haunting scores of foreigners in a constructive and solution-oriented way.

Stressing that Turkiye’s main concern is to ensure that millions of Turks living in Germany live their lives free of fear and feeling like “equal individuals,” not “potential victims,” he said the problem of racism in Germany must first be acknowledged before it can be eliminated.

“There is no cure without a diagnosis,” he said.

According to Altun, German politicians, officials, and journalists deny the problem of racism, and politicians condemn racist terror acts but constantly say they are “shocked” by such aggression.

This expression of shock is a “defense mechanism” for some politicians who took more of a racist attitude after the far-right gained power, he said, also arguing that the media calls white assailants “mentally disturbed” while non-white ones are called “terrorists.”

Such an attitude puts all the blame on a handful of mentally sick people, without attributing anything to society, but the media only report bloody cases of racism while ignoring other attacks in this context, he added.

Muslims in Germany are systematically criminalized and the religion of Islam is treated as a domestic security threat, according to Altun.

“Racist feelings towards minorities, especially Turks, are sometimes expressed in the public arena through humor. I would like to express clearly that insults and attacks against our country in European countries directed towards our president are expressions of this covert racism,” he said.

Forsaken in its fight against terrorist groups, Turkiye could not understand how such groups could collect money or recruit members in Europe, he said, arguing that this shows double standards towards Turkiye.

“There cannot be any other explanation of the EU’s effort to whitewash the PKK, which is on the list of terror groups, and paint the FETO (Fetullah Terrorist Organization) network of treason, which turned the streets into a bloodbath on July 15 (2016), as a handful of dissidents,” he said.

In its more than 35-year terror campaign against Turkiye, the PKK – listed as a terrorist organization by Turkiye, the US, and EU – has been responsible for the deaths of at least 40,000 people, including women, children and infants.

One of the panelists, Klaus Jurgens, said that during the Cold War, East and West Germany used denigrating expressions against each other but it would not be right to attribute the tendency of extremism to this separation alone.

Jurgens added that the language used by the far right is not only visible in the streets but also in academic circles and that the advantages of multiculturalism should to be explained to younger generations in a bid to prevent xenophobia.

– Racism is a poison

Muhterem Dilbirligi of the Turkish National Police Academy said racism is a “poison” and racist attacks took place in the 1990s as well, adding that government authorities would opt not to attend funeral of the victims, but there is a difference in the rhetoric of governments today.

Studies of such attacks found that security forces worked in an uncoordinated manner and Germany’s Constitutional Court prepared a report describing the situation, and various news reports highlighted that far-right tendencies were growing in the army.

Kaan Elbir, the editor-in-chief of TRT Deutsch, commented on the language and perspective used by the Germany media, saying that terms such as “Islamic terror” are used if the perpetrator had an migrant background while some outlets view such cases as opportunities to put the blame on the Quran and Islam.

Elbir also said the assailant, if white, is linked to Russian mafia, or painted as mentally unstable, but xenophobia is never mentioned.

On Feb. 19, 2020, far-right extremist Tobias Rathjen attacked two cafes in the city of Hanau, killing nine young people and injuring five others. All the victims had migrant backgrounds.