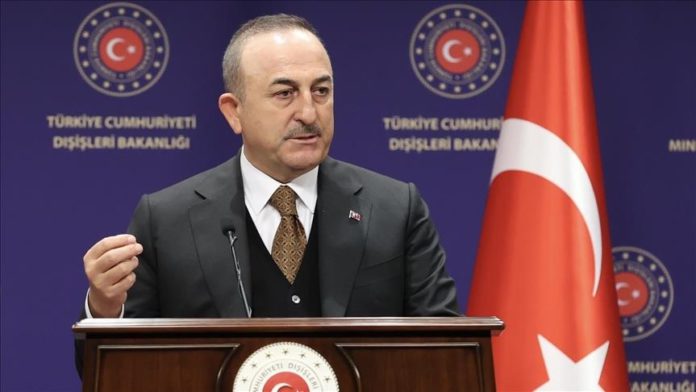 With the beginning of normalization efforts between Turkiye and Armenia, Turkish Foreign Minister Mevlut Cavusoglu on Thursday welcomed Armenian Prime Minister Nikol Pashinyan’s announcement saying his country will “most likely” attend the Antalya Diplomacy Forum (ADF) in March this year.

He noted that the normalization process with Armenia is continuing with “confidence-building steps,” referring to the first round of negotiations held in Moscow with special envoys from both countries.

He also mentioned that diplomats from the two countries are frequently in contact.

Cavusoglu welcomed Pashinyan’s earlier statement on participation at the ADF, as he also confirmed Azerbaijan’s participation.

“Both Azerbaijan and Armenia will share their thoughts at the forum. Thus, becoming a part of their confidence-building steps,” he said.

On Tuesday, Pashinyan said it would be unreasonable to miss the opportunity for dialogue at the forum.

Turkiye and Armenia have long been at odds over a myriad of issues, including Armenia’s refusal to recognize their shared border to historical incidents involving the Ottoman Empire’s Armenian population during World War I in 1915.

Ankara has frequently encouraged Yerevan to tone its confrontational posture and work for regional peace during the past year.

The first meeting of special representatives from both countries was held on Jan. 14 in Moscow, Russia.

According to a statement by Turkiye’s Foreign Ministry, the parties exchanged preliminary views on the process “in a positive and constructive atmosphere” and “agreed to continue negotiations without preconditions aiming at full normalization.”

Pashinyan also hoped for a peace deal with Azerbaijan, with whom Armenia had a 44-day conflict over Karabakh in late 2020.

By the time a Russian-brokered agreement brought the fighting to an end, Baku had liberated several cities and 300 settlements and villages that were occupied by Armenia for almost 30 years.

The annual forum will be held on March 11-13 under the theme of “Recoding Diplomacy.”

“Everyone regards (forum) this as a free platform,” Cavusoglu said, noting that 30 representatives from international organizations, including the NATO Secretary-General and the Secretary-General of the Council of Europe, are to attend the ADF.

About relations with the Central African Republic, the Turkish minister underlined that a “new page” has opened.

“Today, we have made a decision to open mutual embassies in the upcoming period. My colleagues also began the necessary work on our end,” he said.

Affirming his country’s determination to deepen ties with the Central African country, Cavusoglu said three agreements were signed during the visit of Temon.

The Central African minister, for her part, praised the bilateral ties, saying Turkiye “symbolizes a great empire in the historical sense.”

Temon also expressed gratitude to Turkiye for his unwavering support for the Central African Republic and the African continent. “Our partnership with the Republic of Turkiye is a strategic partnership,” she added.

She also stated that her country wants to benefit from “the expertise and experience of Turkiye.”