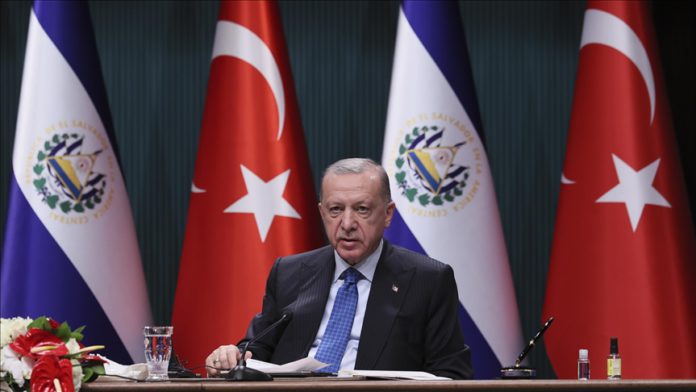 Turkiye wants peace to prevail and hopes no other negative developments happen in the region, the Turkish president said on Thursday, referring to tension between Russia and Ukraine.

“Our hope is to bring together Mr. (Russian President Vladimir) Putin and (Ukrainian President Volodymyr) Zelenski as soon as possible and to ensure that they have a face-to-face meeting,” Recep Tayyip Erdogan said after a joint news conference with El Salvador President Nayib Bukele in the Turkish capital Ankara.

Erdogan underlined that he attaches great importance to both his visit to Ukraine and Russian President Vladimir Putin’s visit to Turkiye.

“I have a visit to Ukraine at the beginning of next month,” he noted.