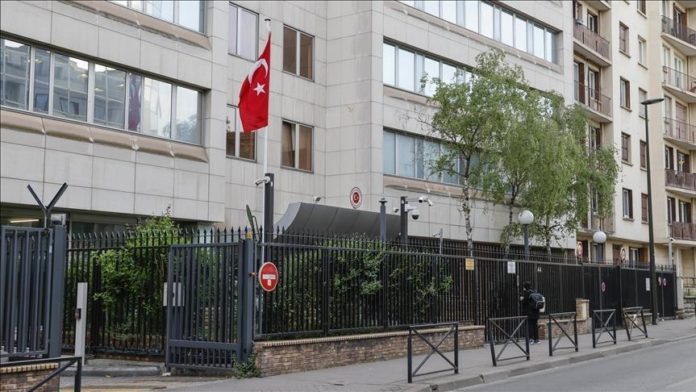 Turkiye on Friday summoned the French diplomat in Ankara over Thursday’s terrorist attack on Turkiye’s Consulate General in Paris.

The French Embassy undersecretary in Ankara was summoned to the Foreign Ministry building and was conveyed Turkiye’s discomfort over the attack, according to diplomatic sources.

Unidentified individuals attacked the Consulate General around 02.30 a.m. local time (1230GMT) on Thursday with firework-type explosives, according to information obtained by Anadolu Agency from the sources.

The attack caused material damage to a window and the exterior wall of the Consulate General building.

French authorities have launched an investigation into the attack.

The administrative department of the Hauts-de-Seine region in the northwest of the French capital condemned the attack on Twitter and conveyed a message of solidarity with the Turkish consul general and consular staff.