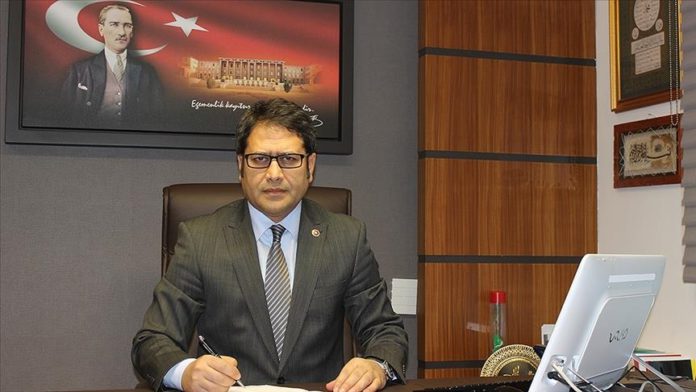 Countries in the Latin America and Caribbean region are strong partners for Turkiye, said the head of the Turkish parliamentary delegation attending a regional meeting.

“Turkish parliament strives to strengthen the friendship and cooperation between the Latin American countries and Turkiye through friendship groups and the structural relations it has established with regional parliaments, including Parlatino,” Ali Sahin, a Turkish lawmaker from the Justice and Development Party, said at the 36th General Assembly of the Latin American and Caribbean Parliament (Parlatino) on Saturday.

The Turkish delegation led by Sahin attended the Parlatino meeting in Panama on Feb. 10-12 as an observer.

Parlatino is a regional, permanent organization comprised of the countries of Latin America and the Caribbean.

This was the first time that a Turkish delegation addressed the lawmakers of 23 Latin American and Caribbean countries at the Parlatino General Assembly.

The process, which started with the application of the Turkish parliament to join Parlatino as an observer state in 2015, was crowned with a cooperation agreement signed in Ankara, Turkiye’s capital, on Oct. 11, 2021, said Sahin.

“In the new period that started with the signing of this deal, we want to develop the relations between the Turkish Grand National Assembly and the Latin American Parliament in every possible field,” he said.

The Turkish parliament, which is aware of the important role that parliamentary diplomacy plays all around the world, is taking an active stance to enhance ties with Latin America, Sahin stated.

He stressed that Turkiye is determined to establish an effective cooperation mechanism at the parliamentary level against the common challenges Turkiye and Latin American countries face.

“We believe that the Latin America and Caribbean region is a natural and strong partner for Turkiye,” Sahin said.

Sahin also said that Turkiye and Latin America have a great potential to develop economic ties.

The trade volume between Turkiye and the whole region, which was around $1 billion in 2002, reached $15 billion by the end of 2021, he said.

US stock market closes with losses as volatility soars