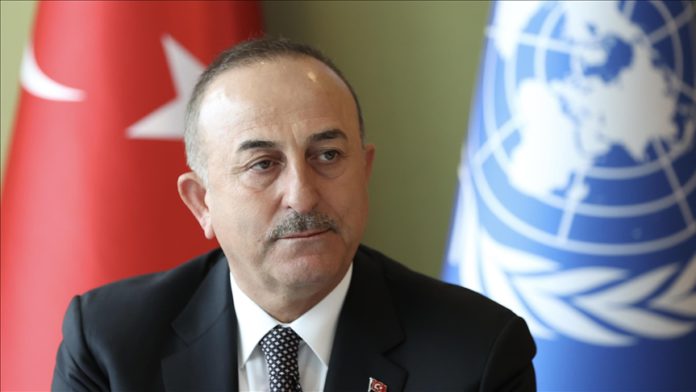 Turkiye on Wednesday called for international collaboration to ensure that the war in Ukraine does not worsen the hunger crisis.

Speaking at a high-level ministerial meeting on “Global Food Security-Call to Action” at the United Nations, Foreign Minister Mevlut Cavusoglu warned that Russia’s aggression in Ukraine poses a significant challenge “as both countries are major global food suppliers and decreasing their ability to produce and export will directly impact global food security.”

“We need international collaboration to ensure that this war doesn’t worsen the hunger crisis. This is yet another reason why we should end this war and we should work for the peaceful resolution of conflicts,” said Cavusoglu.

According to World Health Organization (WHO) estimates, more than 800 million people currently face hunger, and Cavusoglu said conflict is by far the biggest driver of this.

“Around 60% of the world’s hungry people live in the conflict zones. Every new conflict pushes a new wave of people into hunger,” he added.

In his remarks, the foreign minister noted that a humanitarian approach is at the center of Turkiye’s policies.

“This is also true for the crisis we face today. We facilitate the UN’s humanitarian operations from Turkiye, both for staff deployment and the delivery of aid.

Russia’s war in Ukraine has negatively impacted energy, food and commodity prices, and it has exacerbated high inflation, causing it to reach record-high levels in many countries.

*Islam Dogru in New York contributed to the story