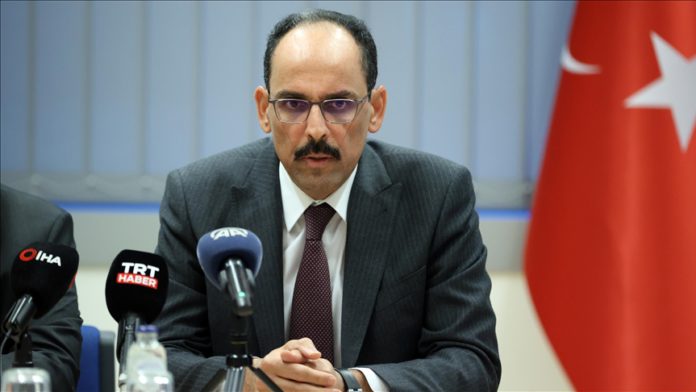 Türkiye said on Monday talks about Finland and Sweden’s applications to join NATO will continue, and the upcoming NATO summit in Madrid is not an endpoint.

“As we have stated before, the NATO summit (in Madrid) is not a turning point or endpoint for us, so those negotiations will continue. That’s what we told our interlocutors from Finland and Sweden,” presidential spokesperson Ibrahim Kalin told a news conference in Brussels following NATO-hosted talks with Finland and Sweden.

He also said Türkiye expects Sweden to take concrete steps against the PKK terror group’s activities, adding Swedish authorities have made statements in this direction.

Ankara also called on Sweden and Finland to prevent any funds to be collected by the PKK and their recruitment of new members for the terrorist group, as well as their activities and propaganda against Türkiye, he added.

Kalin also voiced Ankara’s expectations regarding the lifting of a direct or indirect arms embargo imposed on Türkiye.

The NATO leaders’ summit will be held on June 29-30 in Madrid.

ICJ can help in Aegean row: Turkish ex-envoy to Greece