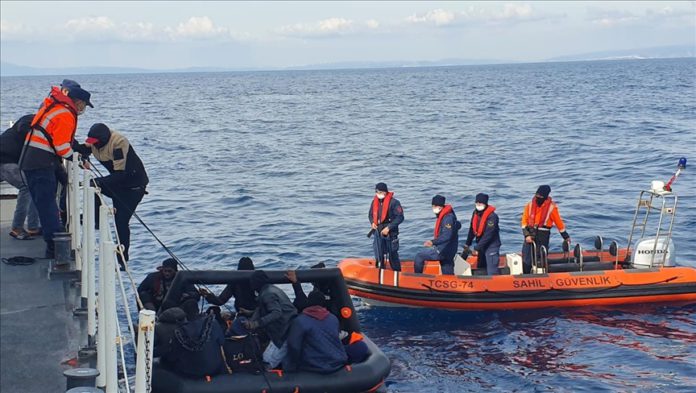 A total of 43 irregular migrants were rescued by Turkish forces after they were pushed back to Turkish territorial waters near Izmir by Greek elements, Turkish security sources said Wednesday.

Turkish Coast Guard units rescued 27 of them off Cesme in the Aegean Izmir province, while the 16 others were saved off Dikili, Izmir, said the sources, who asked not to be named due to restrictions on speaking to the media.

Also, 35 others were held by the Turkish Coast Guard in the same region while attempting to illegally cross to the Greek island of Chios (Sakiz).

The irregular migrants were taken to the provincial migration office for processing.

Turkiye already hosts 4 million refugees, more than any other country in the world, and is taking new security measures on its borders to humanely prevent a fresh influx of migrants.

Amid pandemic, US, China rival in the South China Sea