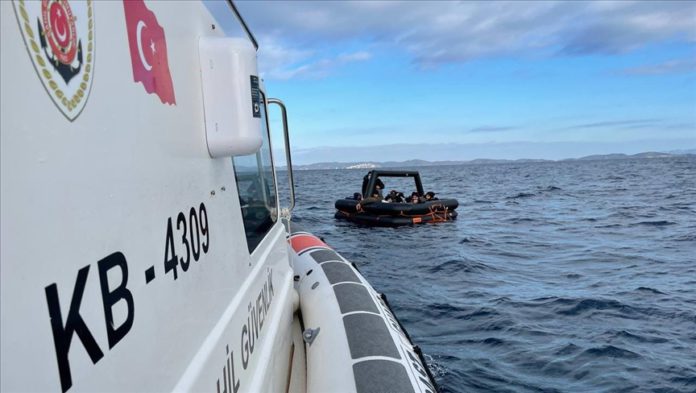 Turkish Coast Guard units rescued 21 asylum seekers off the coast of its western Izmir province after their boat was pushed back into Turkish territorial waters by Greek authorities, officials said early Saturday.

Teams rushed to the area after receiving information that there was a group of asylum seekers on a lifeboat, it said in a statement.

The asylum seekers were first rescued and taken to land before being transferred to the provincial migration office.

Turkiye has been a key transit point for asylum seekers looking to cross into Europe to start new lives, especially those fleeing war and persecution.

It already hosts 4 million refugees, more than any other country in the world, and is taking new security measures on its borders to humanely prevent a new influx of migrants.