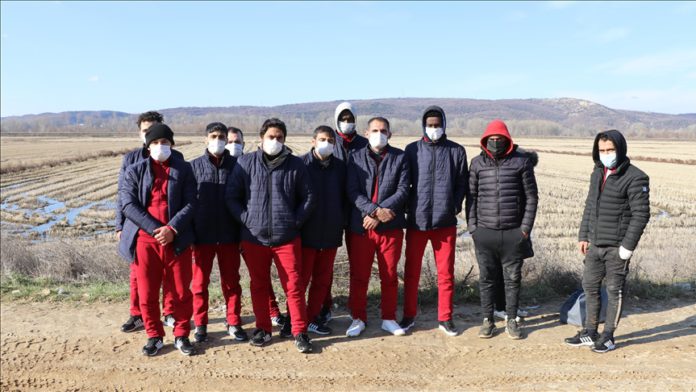 Turkish border troops extended a helping hand to 14 irregular migrants who were pushed back by Greece and faced with the danger of freezing in cold weather.

The migrants, including a woman, were found near the Karayusuflu village of Meric district in Turkiye’s northwestern Edirne province.

The troops provided clothes and food to irregular migrants from Somalia and Syria.

Two of them, who had marks of beating in their body and onset of hypothermia, were taken to a nearby hospital.

Husam al-Khalaf, a Syrian national, told reporters that he had crossed the border to Greece two days ago and was captured by Greek soldiers.

“They took us to a camp. We were left hungry and thirsty for two days. We were tortured regardless of our gender,” al-Khalaf said.