TurkishPress
Home Diplomacy Turkiye not to change stance as long as Sweden has ties with... 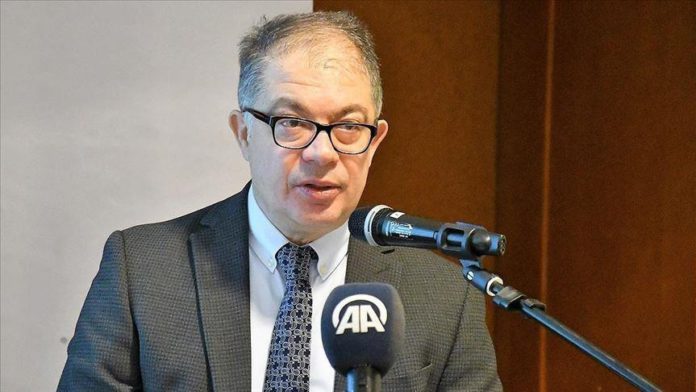 Turkiye will “not change” its position on Sweden’s NATO membership application as long as the Nordic country has “ties with the terrorist organization PKK,” Turkiye’s envoy to Stockholm said.

Speaking to Anadolu Agency, Hakki Emre Yunt said Swedish authorities do not accept that YPG and PKK are the same group.

Yunt said that Sweden claims that YPG is not a terrorist organization because “they have been very useful in the fight with this Daesh group in Syria and in Iraq.”

“So, they want to continue to help them by financial means and also by some military equipment. And we have been telling them to stop this relationship with YPG, but they have rejected so far and also with PKK which is also on the terror list of Sweden and EU,” he added.

In its more than 35-year terror campaign against Turkiye, the PKK – listed as a terrorist organization by Turkiye, the US, and EU – has been responsible for the deaths of over 40,000 people, including women, children, and infants. The YPG is PKK’s Syrian offshoot.

The Turkish ambassador said that Sweden has been “helping them and accommodating them.”

“Some Swedish parliament members have been supporting them,” he added.

He said: “They have been pressuring the government to remove them (terrorist groups) from the terror list and to take a negative stance toward Turkiye because of our fight with PKK.

“So we are not happy about these things.”

Yunt said that Turkiye has “some other concerns like the arms embargo against Turkiye, (and they are also) not extraditing certain members of terrorist organizations like FETO (the Fetullah Terrorist Organization) and PKK.”

“So, these three issues are the main problems for Turkiye and that’s why we took the decision to pull up their application to NATO.”

“When we fought with YPG in Syria, we found some weapons, which were made in Sweden,” Yunt said.

He said: “Also they (Sweden) are not hiding that they want to help them (the terror groups) financially.

“(For) next year, they have already allocated some money to help them because they consider them as an ally in Syria, but we have been showing them pictures of YPG leaders together with some PKK leaders.

“However, Swedish authorities don’t want to accept that. We see a very awkward situation. Despite all the proofs, they do not want to admit that these two groups are the same terrorist organization.”

Yunt said Turkiye will not change its position “as long as they keep this attitude.”

Sweden and Finland formally applied to join NATO on Wednesday – a decision spurred by Russia’s war on Ukraine, which began in February. But Turkiye, a longstanding member of the alliance, has voiced objections to the membership bids, criticizing the countries for tolerating and even supporting terrorist groups.