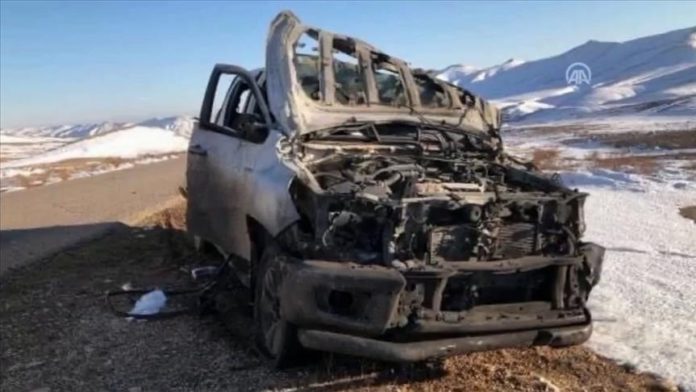 According to the source, the terrorist, identified as Sileman Semo Yusuf, codenamed Azad, was neutralized when his vehicle was targeted in the Bab Silo region of Sinjar, which is under the control of the PKK/KCK terror group.

He was in charge of the so-called special forces of the terror group.

In August 2021, a senior PKK terrorist, identified as Hasan Said Hasan, codenamed Seyit, was neutralized in a similar operation. He was the ringleader of the YBS in Sinjar.

In its more than 35-year terror campaign against Turkiye, the PKK – listed as a terrorist organization by Turkiye, the US, and EU – has been responsible for the deaths of more than 40,000 people, including women, children and infants. The YBS is a PKK affiliate in Sinjar.

Wildfires ravaging forestlands in many parts of world