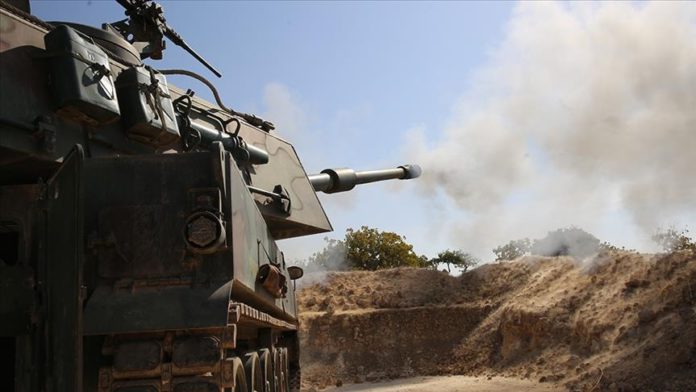 Ten terrorists were targeted during attempts to attack the Operation Peace Spring and Operation Olive Branch zones in northern Syria, the ministry said on Twitter.

Two more terrorists were neutralized in the Operation Pence-Simsek zone in northern Iraq, it added.

The Pence operations are a series of offensives Turkiye has carried out since 2019 against terrorist groups in northern Iraq, particularly the PKK.

Operations Pence-Kaplan and Pence-Kartal were initiated in June 2020 in Sinjar, Qandil, Haftanin, and Zap regions, while Pence-Simsek and Pence-Yildirim were launched last April in the areas of Metina and Avasin-Basyan.

Over 40 irregular migrants held in Turkey