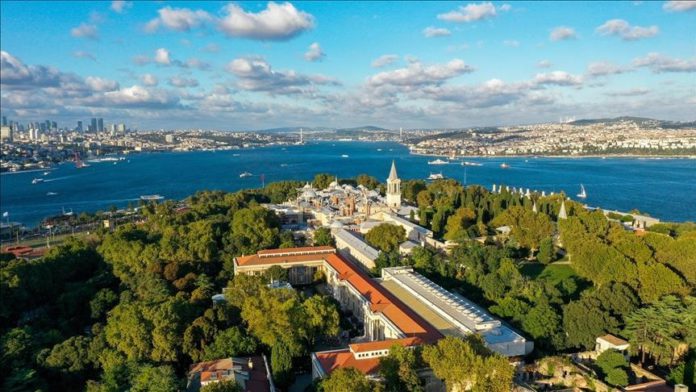 Turkiye on Sunday is commemorating the 569th anniversary of the conquest of Istanbul, hailing it as the momentous start of a new era.

Istanbul, a cosmopolitan city, was besieged 28 times throughout history before its conquest in 1453 by Ottoman Sultan Mehmed II.

In recognition of his victory, the 21-year-old ruler was thereafter known as Mehmed the Conqueror.

On the night of April 21-22, 67 small and medium ships were moved to the Golden Horn – the primary inlet of the Turkish Straits – by soldiers and animals through the bed of the Kabatas Stream, which poured into the Tophane Port.

The first walls of the city were built in 657 B.C. Roman Emperor Septimius Severus (193-211) demolished these walls during the city’s invasion and built a wall that ended near Hagia Sophia, including the Sarayburnu and later Sultan Ahmet Square.

During the reign of Constantinus (306-337), the city – from the Marmara coast to the Golden Horn – was surrounded by city walls for the third time.

– The path to conquest

Venetian commander Bartolomeo Soligo, fighting for the Byzantines, closed off the entrance of the Golden Horn by laying a chain at the entrance to its inner harbor.

Mehmed II and the Ottoman Army drew near Constantinople. The army had nearly 80,000 soldiers. The siege started with the firing of a big cannon.

The Ottoman Navy came before the port of Constantinople. The navy boasted 145 ships, including 12 galleys and 25 transport ships as well as small boats.

Ships attacked to lift the chain at the entry of the Golden Horn, but the attack failed. While attacks on the Istanbul walls continued, a tunnel was dug to enter the city.

When the sounds of the excavations were heard in the city, the Byzantines noticed it and blocked the tunnel.

Mehmed II sent one last envoy to the emperor, but his offer was rejected. The seventh tunnel Ottoman soldiers dug also failed. Mehmed II concluded that digging tunnels would cost many lives.

The Ottoman Army started an offensive in the early hours of May 29. The Ottomans carried out the last assault in three waves. During the first two hours, Bashi-bazouks attacked the walls, and soon after Anatolian troops replaced them.

Finally, janissaries – the backbone of the army – stepped in. Finally, in the morning, the Ottoman soldiers managed to enter through the Kerkoporta door and erected the Ottoman flag on the bastion above the door.

Mehmed II entered the city on the afternoon on the first day of the conquest. He went to Hagia Sophia – now a mosque – and prayed there, saying: “My throne is Istanbul from now on.”

Constantinople was conquered after a siege that lasted for 54 days with intervals.

The conquest ended the 1,058-year-old Byzantine Empire, brought the Middle Ages to a close, and made Istanbul the proud new capital of the Ottoman Empire.

– The day Istanbul was reborn

Ilhami Danis, a historian at Istanbul’s Fatih Sultan Mehmed Vakif University, told Anadolu Agency that the city was a key target both logistically and strategically as the Ottoman Empire’s connections from Anatolia to Rumelia (the Balkans) and the rest of Europe mostly went through Gallipoli (Gelibolu, in nearby Canakkale).

Danis said the conquest was important both for the continuation of Ottoman conquests into Europe and for controlling the traffic between the Mediterranean and the Black Sea.

Feridun Emecen, the dean of Istanbul’s 29 Mayis University’s Faculty of Literature, stressed the strategic location of Istanbul, adding that the city carries great religious importance for Christians and Muslims alike.

“A new empire was born with the conquest of Istanbul by Mehmed II, and Mehmed II, in a way, became the founder of the Ottoman Empire by conquering Istanbul. Therefore, the conquest, which is a turning point, holds great importance for Turkish history,” Emecen said.

Emecen noted that the conquest of Istanbul led to a perception of threat mixed with fear in the Western world.

After the conquest, calls for the establishment of a new Crusader army began to be made in the Western world, he added.

The conquest was met with elation in the Muslim world, except for the Mamluk administration, Emecen said, adding that it was also mostly welcomed in Turkish Anatolia, except for the Karamanids.

Turkey: 93% of coronavirus victims were 65 or older