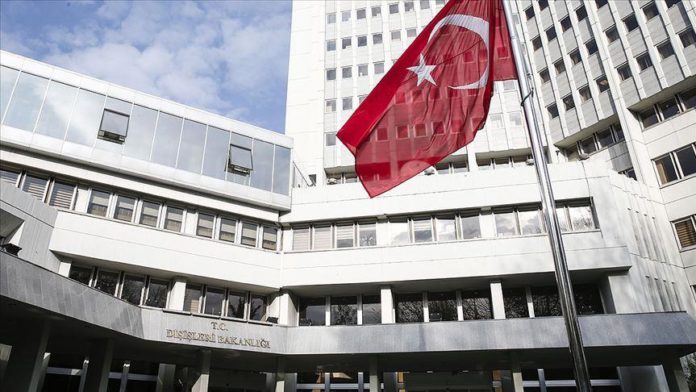 “We are concerned by and condemn the attacks, which targeted yesterday and today various political party offices and the Green Zone, where foreign missions are located,” it said.

Turkiye also wished a “speedy recovery” to those wounded during attacks.

“Timely conclusion of the government formation efforts on the basis of consensus is of great importance in order to ensure lasting peace and stability in our neighbor Iraq.

“We advise restraint to all the parties involved in this critical phase,” it said.

The ministry also stressed that Turkiye will keep supporting the means that will be used to accomplish “security and stability in Iraq.”

The Green Zone hosts most foreign diplomatic missions, including the US embassy and the premier’s house.

It has been repeatedly targeted by rocket attacks since the killing of Iran’s Gen. Qassem Soleimani in a US drone strike in January 2020.

Washington blames Iran-backed Shia militias for rocket attacks on foreign diplomatic missions, the US and foreign troops in Iraq.

Baghdad and Washington agreed in a fourth and final round of the strategic dialogue on July 26 to withdraw US forces from Iraq by the end of 2021.