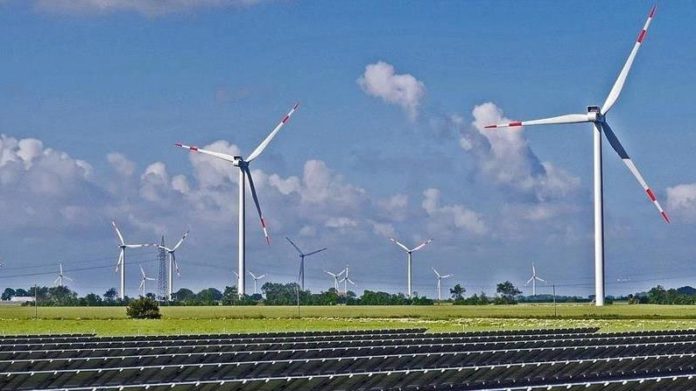 Turkiye can serve as a model for other developing nations in “green industrialization,” while itself focusing on efficiency and cooperation with other countries, experts said on Thursday.

“Turkiye has a huge potential of hydro as well as wind power compared to many developing countries,” said Fatma Gul Unal, senior economist at the UN Conference on Trade and De velopment (UNCTAD).

She said the country has a “quite diversified” economy, while its human resources and state machinery are “working in a way that may not exist in many developing countries.”

Unal was speaking to Anadolu Agency on the sidelines of a panel on green industrialization in Turkiye, jointly hoisted by the UNCTAD and Istanbul-based Kadir Has University.

It was the first in a planned series of events under the UNCTAD project “Integrated policy strategies and regional policy coordination for resilient, green and transformative development” also to be held in Pakistan, Kazakhstan, and Malaysia.

“Turkiye could be a model for the other developing countries because it has the majority of water resources in the Middle East and North African,” said Unal, adding that the country also has a significant amount of arable land.

“When green comes to mind, the agricultural sector provides for sustainable development and food security issues which is very current and contemporary right now,” she said.

Development “has to be green-transitioned,” the UN economist said.

‘Political will needed for green industrialization’

By diverting a mere 2.5% of their GDP to green investments, UN member countries could generate jobs for their people, Unal underlined.

“What is missing in this picture is political will and integrated policies, sustainable long-term policies,” she remarked, adding that the UNCTAD’s initiative would also lead to regional talks on the exchange of knowledge to show that green industrialization is possible.

Robert Pollin, an economics professor at the University of Massachusetts-Amherst in the US, told Anadolu Agency that Turkiye should “invest in raising efficiency standards and increasing public transportation, getting cars off the road.”

Investments in electric heating and cooling is also “relatively inexpensive,” he added.

To reduce carbon emissions, Pollin said, Turkiye should invest in renewable energy, which would in turn reduce its imports in that sector.

He suggested that Turkiye should work to “substitute imported fossil fuel to having domestic green energy.”

To realize green industrialization, Pollin told the panel that “mobilizing existing institutions” would be key for more effective policies.

Pointing to the World Bank and International Monetary Fund, Pollin said their efforts would also lead to policies towards achieving sustainability goals.

Safdar Sohail, from Pakistan’s National Institute of Public Policy, said Turkiye and Pakistan could “help each other and learn from each other in technology” with regard to green industrialization.

At the regional level, Sohail said, regional economic cooperation would be a better platform for the two countries’ work towards their sustainability goals.

“Both countries are doing interesting things in greening of their economy, like collaboration between the two countries in public transport facilities,” he said, pointing to the public subway line in Lahore, a Pakistani city of over 11 million people, that was built by a Turkish firm, as an example.

He said the revival of the Istanbul-Tehran-Islamabad railway was also a step in the direction of economic integration.

Calling for south-south cooperation among the developing nations, the Pakistani expert urged countries to use “cleaner technologies for production.”

Amid “hyper globalization,” he told the panel, “development practice” is needed much more at international levels before it can be at regional levels.

Turkey: Hotel occupancy rate down by half in H1