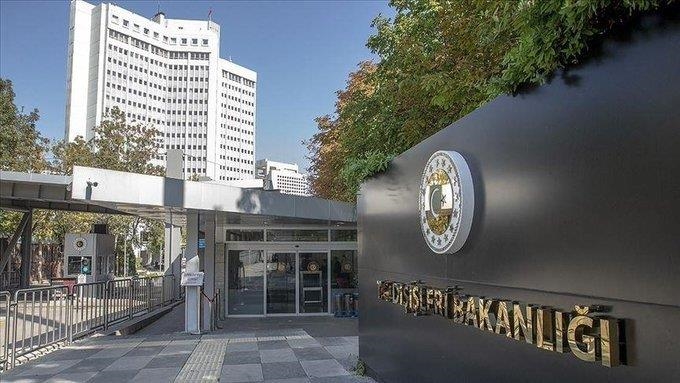 Turkiye’s Foreign Ministry spokesman called late Thursday for fighting all terrorist groups without discrimination, noting it is unacceptable to partner with one terrorist organization in the fight against another one.

Tanju Bilgic issued the statement following the killing of the leader of Daesh/ISIS in a raid early Thursday in northwestern Syria by US special forces.

Turkiye’s determined stance and contributions in the fight against the Daesh/ISIS terror group are evident, said Bilgic.

US President Joe Biden delivered remarks Thursday on the counterterrorism operation which resulted in the killing of Daesh/ISIS leader Abu Ibrahim al-Hashimi al-Qurayshi.

Noting that Turkiye plays an active role in the fight against Daesh/ISIS and the deviant mentality it represents, Bilgic stressed that all terrorist groups should be fought without discrimination, including Daesh/ISIS, the PKK/YPG/PYD and the Fetullah Terrorist Organization (FETO), which orchestrated the defeated coup of July 15, 2016 in Turkiye.

Turkiye was one of the first countries to declare Daesh/ISIS a terrorist group.

The country has since been attacked multiple times by the terror organization, which has carried out at least 10 suicide bombings, seven bomb attacks and four armed attacks, killing 315 people and injuring hundreds more.

In its more than 35-year terror campaign against Turkiye, the PKK – listed as a terrorist organization by Turkiye, the US and the European Union – has been responsible for the deaths of at least 40,000 people, including women, children and infants. The YPG is the PKK’s Syrian offshoot.