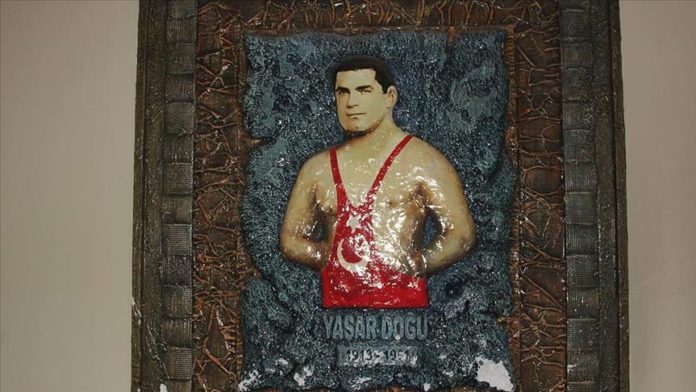 Friday has marked 60 years since the death of Turkish wrestling legend Yasar Dogu.

Known as “the father of Turkish wrestling,” Dogu was born in Samsun on the Black Sea coast of Turkey in 1913.

He started his wrestling career while he was doing his military service.

A heavyweight of Turkish wrestling, Dogu crowned his career with many titles and represented Turkey successfully with the gold medals gained in international tournaments.

The prominent Turkish wrestler came second in the 1936 European Championship held in Oslo, Norway after being defeated in one of his four games.

It was the first and only defeat he bagged in an international competition throughout his career.

Dogu had only one loss in 47 matches and finished 33 of 46 matches by pin.

After ending his wresting career, he trained young Turkish wrestlers.

Dogu died on Jan. 8, 1961 due to an heart attack and was buried in the Cebeci Military Cemetery in the Turkish capital Ankara.

A sports hall in Samsun and a wrestling hall in Ankara were named after Dogu to honor the major wrestling figure.

Pact with Turkey does not violate Skhirat deal: Libya