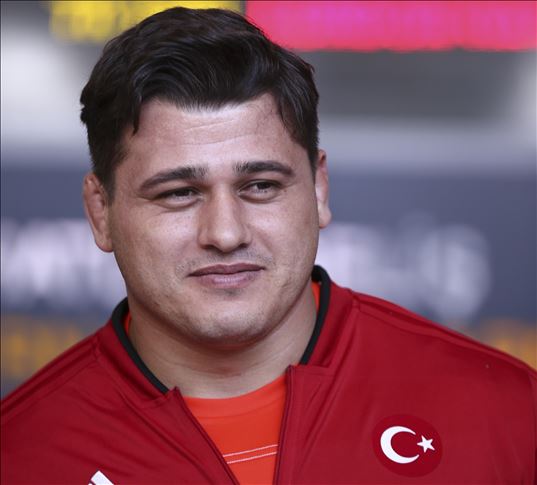 In his speech, Kasapoglu said he believes the common goal of Turkey’s 83 million people is to advance the country’s claim, infrastructure and potential in sports and to wave its glorious flag with pride.

“As in every field, our country has made great assertions and efforts in sports. We have our President of the Republic — Recep Tayyip Erdogan — who both loves sports and athletes and demonstrates his values with his actions,” Kasapoglu said.

“It is the duty of each of us to raise the bar with the vision of dear President and the understanding that he loves sports,” he added.

Kayaalp, 31, claimed a bronze medal in the men’s Greco-Roman 120 kilograms competition at the 2012 Summer Olympics in London.

Four years later at the 2016 Rio Summer Olympics, he won the silver medal in the men’s Greco-Roman 130 kilograms competition.

England’s Leicester City defender Caglar Soyuncu was the Footballer of the Year, while Merih Demiral of Italian football club Juventus was chosen as the Best Athlete of the Year.

The “Best Team of 2020” went to Turkey’s national football team, and its manager Senol Gunes was named Coach of the Year.