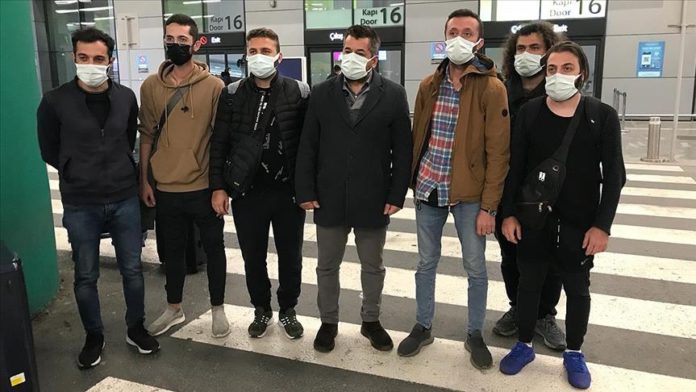 Ten Turkish workers, who were stranded in the UAE after their passports were confiscated in Dubai, returned to the country.

The workers, who went to Dubai to work two months ago, arrived in Istanbul on Thursday after the consulate and a Turkish company officials stepped in.

Speaking to the reporters, Hasan Taze, one of the workers, said they had difficult times in Dubai.

“We have been in the UAE for about 60 days. We were stranded in Abu Dhabi for the last 10-15 days. We wanted to return to Turkey but we could not. We had many problems with the police, and the company in which we worked for in the UAE,” Taze added.

He went on to say: “Our [Turkish] company stepped in to solve the problem. It discussed with the firm that imposed a visa ban on us. Our state, consulate, and company rescued us from there.”

Meanwhile, Ahmet Donmezoglu, the owner of the Turkish company, said they have been carrying out vital projects in Turkey and abroad for years and they have encountered such an issue for the first time.

“As a company that creates transportation and technological ideas, we sent workers to Dubai after making an agreement with a company in Dubai,” Donmezoglu added.

That company prevented workers from flying to Turkey, he said, adding they will sue the company in the UAE.​​​​​​​