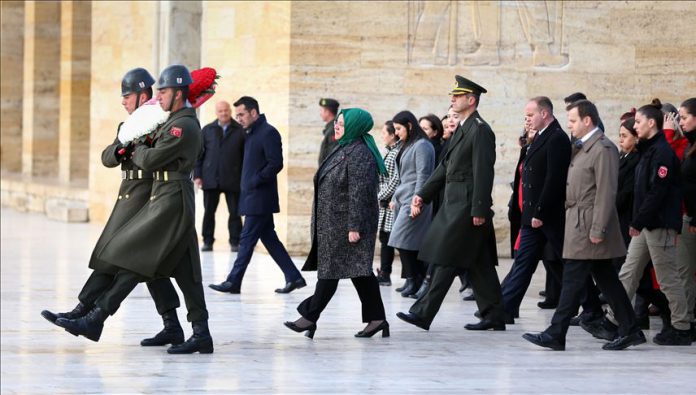 Turkish women on Thursday marked the 85th anniversary of their suffrage in the country.

Marking the day, Family, Labor and Social Services Minister Zehra Zumrut Selcuk visited Anitkabir, the mausoleum of Mustafa Kemal Ataturk, the founder of the Republic of Turkey, in the capital Ankara.

“We will march to the future with the same courage as our women who protected the national will and the country’s future during War of Independence and on July 15 [2016],” Selcuk said.

The Fetullah Terror Organization (FETO) and its U.S.-based leader Fetullah Gulen orchestrated the defeated coup on July 15, 2016, which left