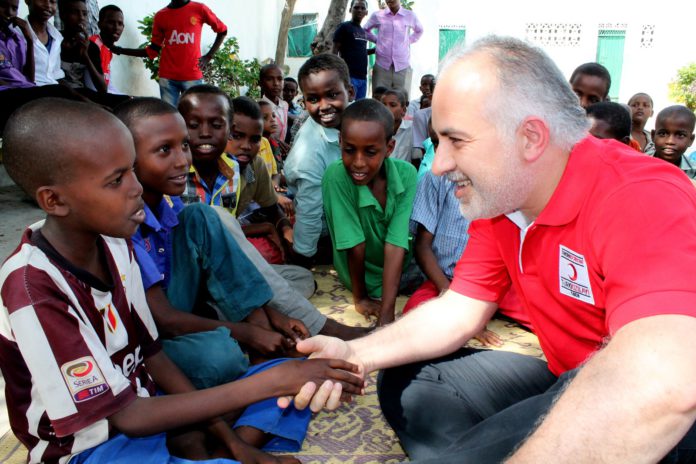 Turkish families residing in Beirut on Saturday told Anadolu Agency about the shock they experienced during the massive explosion at the port of Beirut on Aug. 4.

Fatih Ermis, who has been living in Lebanon with his family for two years, said that he went to Beirut bazaar with his family after he came from work on the day of the explosion.

Having returned from shopping his little daughter Maneli, Fatih Ermis was looking for a parking spot for his car with, he said when the explosion occurred.

“At the first moment of the explosion, I thought a bomb exploded in the building next to us. We experienced very strong shock waves and I felt three shock waves in a row. My little daughter, who was in the car, started crying and shouting. All windows of the car were broken and the metal parts were warped, holes formed in the car,” Ermis said.

He added that when he drove back to the main road with his wrecked car, realized that the explosion affected a much larger area.

Azize Ermis was also in Beirut’s bazaar when the massive explosion occurred.

“A loud noise was heard and the ceilings dropped. My daughter screamed because she was so scared. We tried to get out of the shopping mall. At that moment, my husband called and wanted us to go to the place where he had dropped us, but we could not remember the place due to the shock. It was so hard. Glasses were blown up and injured people were lying on the ground. There was great fear,” she said.

Ermis family’s little daughter Aneyta also said she was so scared and thought it was a bombing.

Turkish expat Hac Fuad, whose son was seriously injured at the massive explosion, said: “I felt the ground was shaking and then heard the explosion. When I got out, I saw smoke, and thought Israel was carrying out an airstrike.”

On Aug. 4 in the Port of Beirut, a fire broke out in a warehouse and then a very powerful explosion took place that shook the whole city.

The settlements close to the harbor were the most affected places by the explosion and volunteers helped the efforts of removal of debris in the city.

The Lebanese Health Ministry said the death toll from Tuesday’s catastrophic explosion at the port of Beirut has risen to 158, and over 6,000 injured.

The explosion caused massive material damage to several neighborhoods in the Lebanese capital.

Beirut Governor Marwan Abboud said the cost of the damage caused by the explosion was estimated to be between $10-$15 billion.