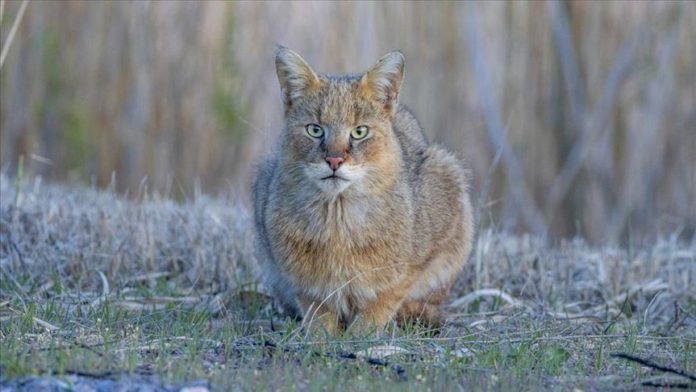 Emin Yogurtcuoglu told Anadolu Agency that he came across a jungle cat in a location that he would not share to protect it from poachers and illegal hunters and wondering eyes.

“Since the species is endangered, I will not share the location information, but this is a new area completely independent from where the [jungle cats] were previously recorded,” Yogurtcuoglu said.

“Unfortunately, my concern is illegal hunting. Also, those who want to take pictures would also disturb it,” he added.

Yogurtcuoglu said he had also observed wildcat, lynx, and jungle cat among the five endangered cat species in Turkey, adding he wants to record caracal and Anatolian leopard as well.

He noted that being a professional bird watcher for 22 years, it was a “shocking moment” for him to observe a jungle cat in the field.

Turkey's total turnover jumps 78.4% in May