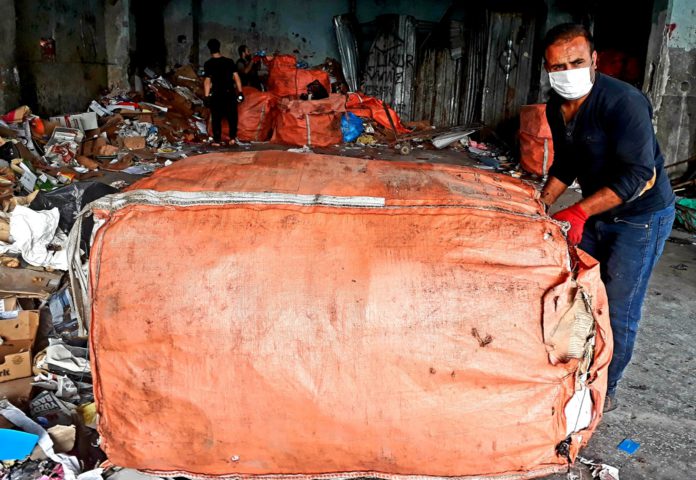 In addition to contributing to the economy, Turkish street waste collectors help keep the environment clean and have played a role on the front lines during the COVID-19 outbreak.

Although they are not in the public eye as say health care personnel, who are viewed as heroes in the coronavirus fight, waste collectors continue to work under difficult conditions nearly “nonstop.”

According to the waste collection sector, despite difficulties, the virus demonstrated how important the work is for recycling industries because of the material shortage that occurred when working hours were reduced.

Yakup Celik, 28, a married father of three said he has been working in the sector for 15 years despite the difficulties because there is no other choice for a living. 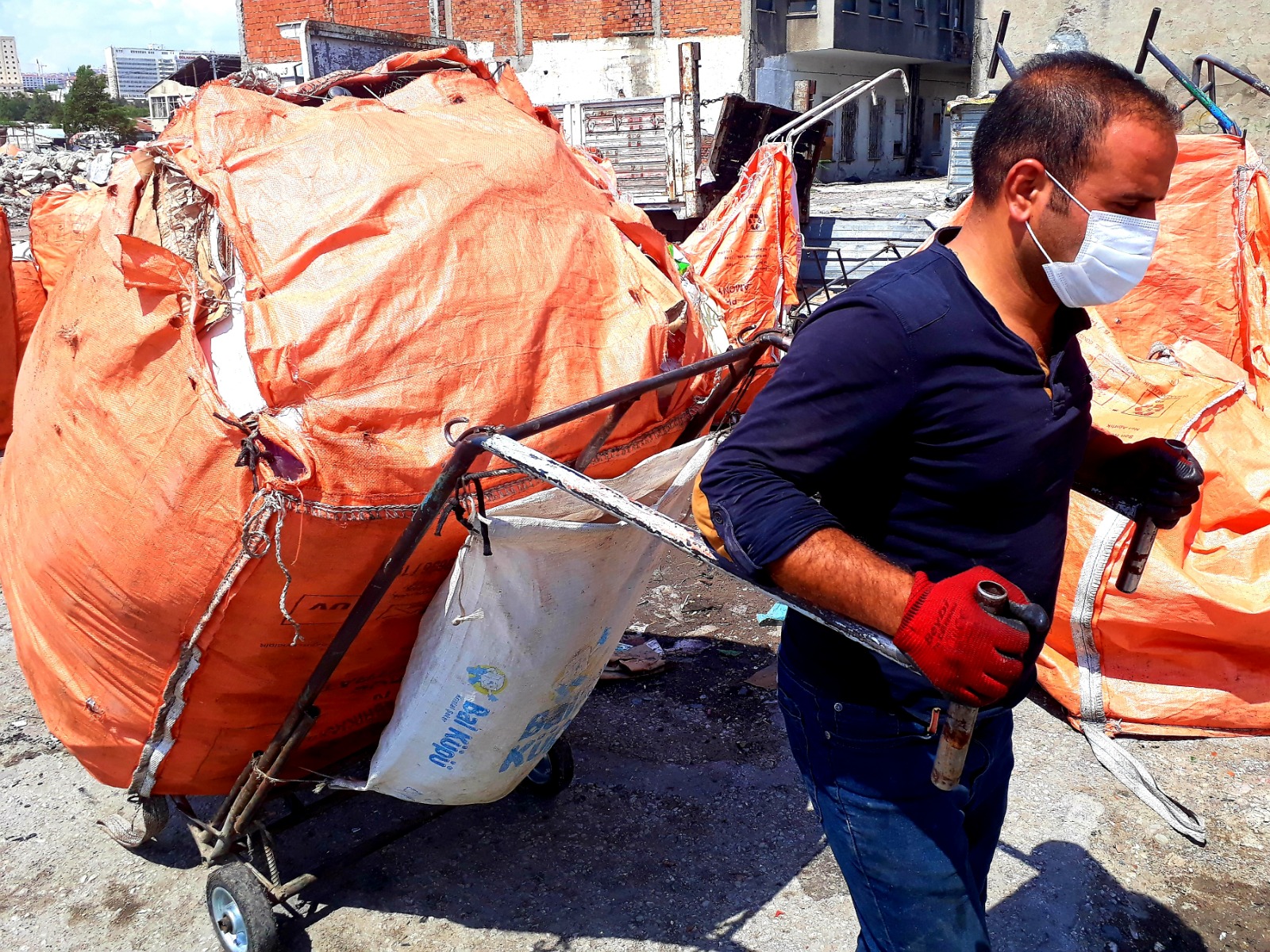 “We didn’t work for a short time when the COVID-19 outbreak first appeared in Turkey but then we returned to the streets — we had to do this to make a living,” he said.

He and others were warned by authorities to be careful, try not to touch medical materials as much as possible and only collect waste that looked clean.

“Many employees’ lives are already at risk due to the current working system, even before the virus,” he said, as he urged for a more systematic, disciplined work environment.

“Living conditions – we have to work,” Celik said of contracting the virus while working.

When waste collection on the street was banned by the municipality in the last month, he and his colleagues were seen as “a potential virus carrier” by many, which made their work harder.

Celik said he works 15 hours mostly every day regardless of the weather or “ignorance” he sometimes faces.

Cars sometime splash water on the collectors – another issue that can be added to the list of difficulties.

“It would be much better for us if we were given the opportunity to work with insurance. It would be nice if we had a regular working time,” he said, adding that the virus has shown how important is his work as garbage becomes a mountain when waste collectors do not work.

Celik hopes the virus disappears as soon as possible so he would be able to continue his job as usual.

The head of the Street Waste Collectors Association Recep Karaman confirmed measures taken by collectors during the pandemic, such as flexible working hours, but despite the “close threat” they face daily, only a few collectors were infected and all recovered quickly.

“When we were talking with friends, we were joking between us, we said, ‘Our immune system is possibly very strong against the viruses, since we have been on the streets for years,’” he joked.

Workers collect approximately 80% of raw materials, especially paper and plastic, and Karaman stressed the production chain was affected because of the disruption in the working order caused by COVID-19.

“For example paper prices increased by 400%. Paper and plastic companies had difficulty in finding the raw materials since it could not be collected from the street,” he added.

Karaman said prices increased which inevitably affected consumers and the economy. But, he added, prices started to decline when work began to return to normal.

Reiterating that street waste collectors make important contribution to the economy, he said to improve productivity, the status of collectors should also be improved: “Our demand is to gain legal status, to have an identity and training.”

Collectors are hopeful their demands will become real since the Environment Ministry has a positive approach to solving many of the issues the workers face.

Karaman said the capacity of the waste collection sector will double if Turks dispose of waste separately as a large amount of waste goes to landfills, is burned and becomes unusable.

“We also help nature in this sense. If we do not collect wastes, it will pollute our own natural resources or leave the environment dirty and dangerous,” he said.

He said if Turkey is able to collect waste properly, there will not be a need to import even 1 kilogram of waste.

The pandemic has killed more than 430,000 people worldwide, with an excess of 7.7 million confirmed cases and more than 3.6 million recoveries, according to figures compiled by US-based Johns Hopkins University.

Turkey's economic confidence down in December