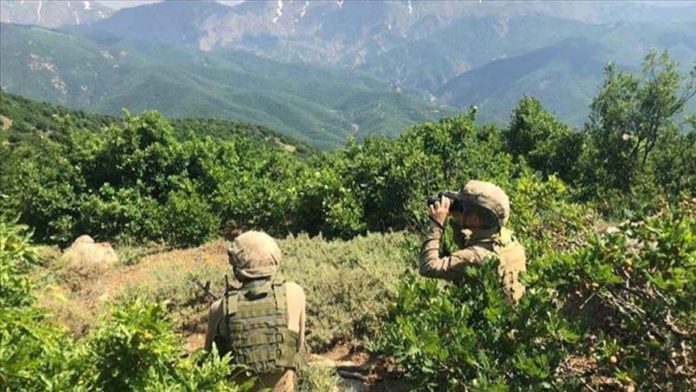 A Turkish village guard was martyred in a clash with terrorists during a crossborder anti-terror operation in northern Iraq, the Turkish National Defense Ministry said Wednesday.

In a statement, the ministry said the village guard was injured during Operation Claw-Tiger and succumbed to his wounds at a hospital.

The ministry conveyed its condolences to the Turkish nation over his martyrdom.

Turkey’s operations Claw-Tiger and Claw-Eagle were launched earlier this year to ensure the safety of the Turkish people and borders by neutralizing the threat of the PKK and other terrorist groups in the region.