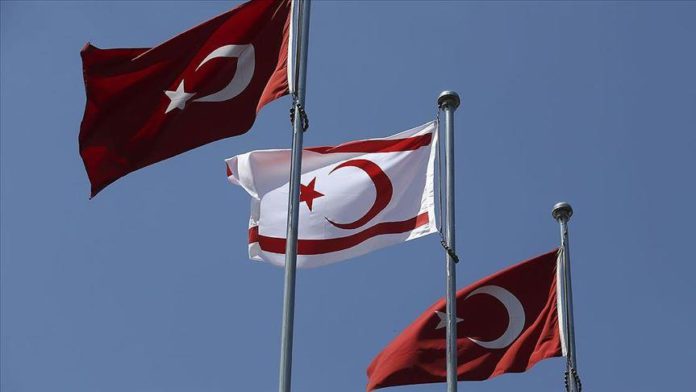 Turkey’s vice president on Wednesday underscored the need for a two-state solution for the long-divided island of Cyprus.

“We can talk about how to fill this in, but now the [the idea of a] federated state is left behind,” added Oktay, who paid an official visit to Northern Cyprus.

Cyprus has been divided since 1974, when a Greek Cypriot coup aimed at Greece’s annexation of the island was followed by violence against the island’s Turks and Ankara’s intervention as a guarantor power.

Turkey has recently stressed that efforts for a “federal” solution have proved hopeless and any future talks must focus on two separate sovereign states on the island.

On tensions in the Eastern Mediterranean, Oktay recalled a proposal from Turkey for a multilateral conference on the issue.

“Both the EU and the UN welcomed this[…]We said ‘Of course, on one condition: representatives of the Greek Cypriot community are invited to this conference together with those of the TRNC. They come together or not at all,’” he said.

“Problems in the Eastern Mediterranean can be discussed with all clarity.”

Noting that with the discovery of hydrocarbon resources in the Eastern Mediterranean, Cyprus turned into a focal point for many countries, Oktay said these resources should be fairly shared.

Tensions have been running high for months in the Eastern Mediterranean as Greece has disputed Turkey’s rights to energy exploration.
Turkey – the country with the longest coastline on the Mediterranean – sent out drill ships to explore for energy on its continental shelf, asserting its rights in the region as well as those of the TRNC.