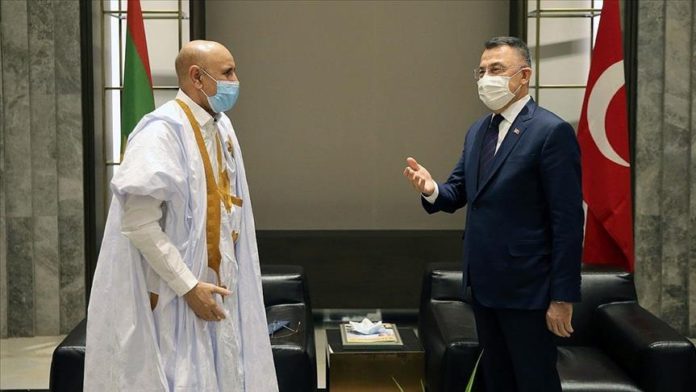 Oktay was in the West African country to attend the swearing-in ceremony of Niger’s new President Mohamed Bazoum, and had a one-on-one meeting prior to returning Turkey with the Mauritanian president at the Niamey airport.

During the meeting, he invited the Mauritanian leader to Turkey.

Ghazouani welcomed Oktay’s invitation, saying there are over 1,000 Mauritanians living in southern Adana and neighboring regions. He added that some of his relatives are also in Adana.

The Mauritanian president said it would be a “great honor” to accept the invitation.

Arriving in Niger on Friday, Oktay met Niger’s Bazoum after the ceremony and discussed bilateral cooperation.

Bazoum, a candidate of the ruling Party for Democracy and Socialism, won the presidential election in the second round of voting held on Feb. 21. His victory has since been contested by his rival Mahamane Ousmane, who called for public demonstrations.

*Writing and contributions by Merve Aydogan in Ankara

Bosnia: Turkey is vital for stability in West Balkans