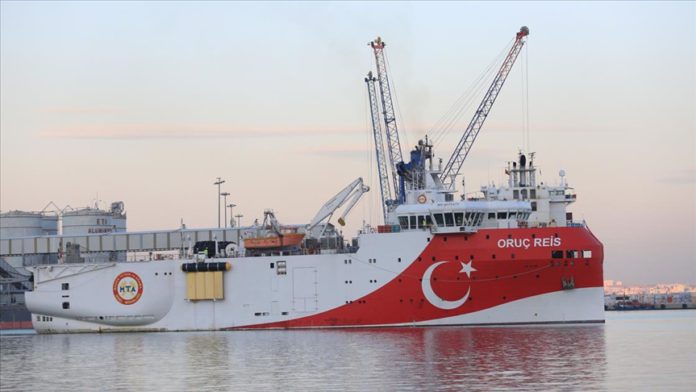 Turkish seismic research vessel the Oruc Reis left the country’s southern port of Antalya on Wednesday to continue its work in the Eastern Mediterranean.

Following the release of another Navtex alert lasting through next June 15, the Oruc Reis left the port, accompanied by two other vessels, the Ataman and Cengiz Han.

The ship had returned to Antalya on Nov. 30 for maintenance and refueling.

The Orus Reis does geological, geophysical, hydrographic and oceanographic surveys, especially of the continental shelf, while also searching for natural resources.

Turkey has sent out drill ships in recent months to explore for energy resources in the Eastern Mediterranean, asserting its rights in the region as well as those of the Turkish Republic of Northern Cyprus (TRNC).

Ankara has also said energy resources near Cyprus must be shared fairly between the TRNC and the Greek Cypriot administration of Southern Cyprus.

Germany warns Russia not to block UN aid to refugees in...