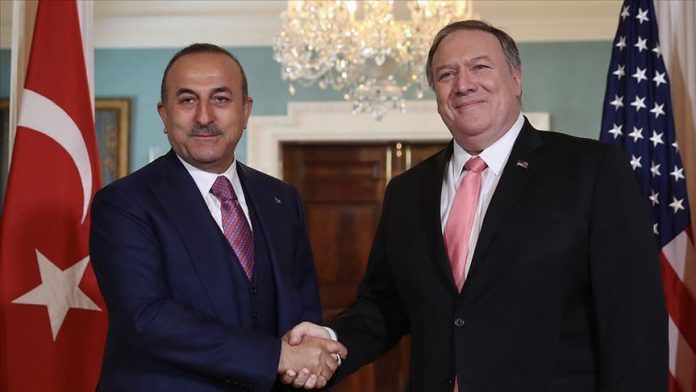 Turkey’s Foreign Minister Mevlut Cavusoglu spoke with his U.S. counterpart over the phone on Saturday, according to diplomatic sources.

Cavusoglu and Mike Pompeo discussed the situation in Iraq and Iran, as well as bilateral issues.

Qasem Soleimani, the commander of Iran’s Revolutionary Guards’ Quds Force, was killed when a U.S. drone struck his convoy outside Baghdad’s airport on Friday.

The Iranian general’s slaying marked a dramatic escalation in tensions between the U.S. and Iran, which have often been at a fever pitch since President Donald Trump chose in 2018 to unilaterally withdraw Washington from a nuclear pact world powers struck with Tehran.

The Pentagon accused Soleimani of plotting an attack on the U.S. Embassy compound in Baghdad, and planning to carry out additional attacks on U.S. diplomats and service members in Iraq and the region.