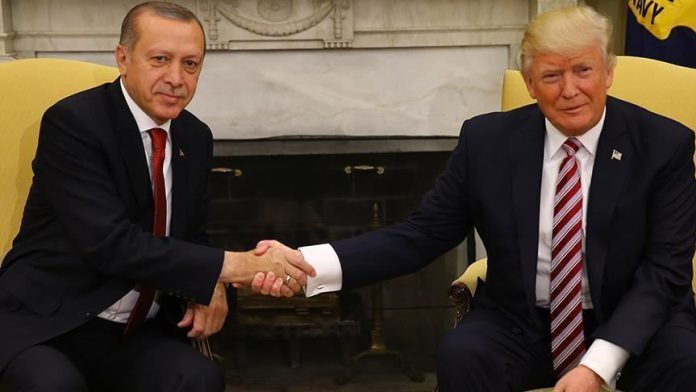 Turkish president on Thursday talked with his U.S. counterpart over the phone to discuss bilateral relations and situation in Libya and Syria, an official statement said.

Recep Tayyip Erdogan and Donald Trump spoke, according to a statement by Turkey’s Communications Directorate.

Erdogan voiced concern over protests against the U.S. security units in Iraq and welcomed the end of siege of the U.S. Embassy in Baghdad.

The two leaders emphasized the significance of diplomacy in solving regional issues while agreeing on consolidation of bilateral cooperation for mutual gain.

On Wednesday, thousands of Iraqis stormed the U.S. Embassy compound, protesting against

US offers condolences to Turkey, Greece over earthquake