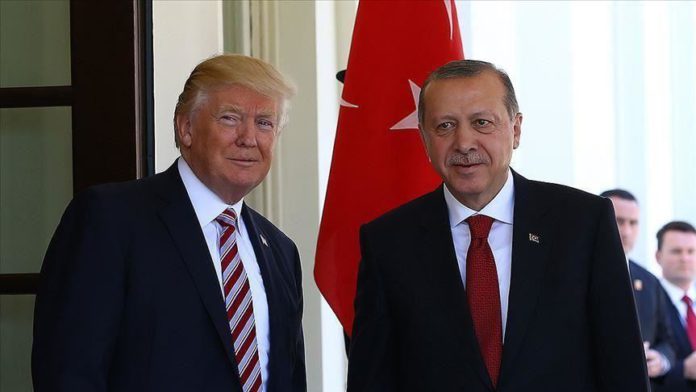 The Turkish and US presidents on Tuesday spoke over the phone to discuss developments in war-weary Libya as well as economic relations, Turkey’s Communications Directorate said.

President Recep Tayyip Erdogan and his American counterpart Donald Trump agreed to maintain coordination for permanent stability in Libya and achieve the trade target of $100 billion.

“President Trump and President Erdogan discussed positive trade issues between the United States and Turkey and underscored our belief in the need for a negotiated settlement of regional issues,” said White House Deputy Press Secretary Judd Deere on Twitter.

* Servet Gunerigok in Washington and Erdogan Cagatay Zontur from Ankara contributed to the story.