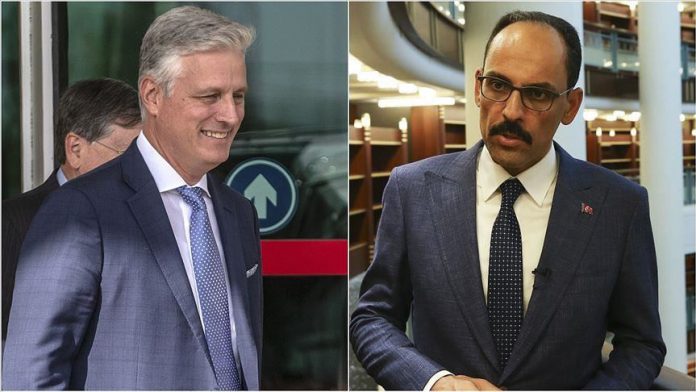 According to a statement from the presidency, the officials stressed that the two NATO allies have to work together against all terrorist groups, including Daesh/ISIS and the YPG/PKK.