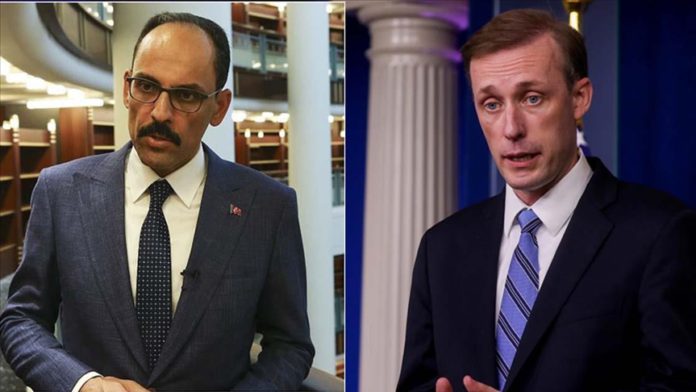 Turkiye’s presidential spokesperson Ibrahim Kalin and US National Security Adviser Jake Sullivan exchanged views on bilateral relations as well as global and regional issues in a phone call on Monday, according to a statement by the Turkish Presidency.

The two officials spoke about political and economic relations, as well as ways to develop cooperation in the field of defense, the statement said.

They also discussed the Ukrainian crisis, ongoing protests in Kazakhstan, normalization process between Turkiye and Armenia, as well as recent developments in Afghanistan, Bosnia and Herzegovina, and Ethiopia, it added.

Kalin and Sullivan also discussed the details of a joint strategic mechanism agreed during a meeting on Oct. 31 last year between Turkish President Recep Tayyip Erdogan and his US counterpart Joe Biden on the sidelines of the G20 Summit in Rome.

During the phone talk, Kalin said the Ukraine crisis should be resolved through dialogue and cooperation, adding that Turkiye is ready to make any contribution in this respect.

He also underlined the importance that Turkiye attaches to Ukraine’s territorial integrity.

The two sides stressed the significance of efforts in putting an end to the ongoing unrest in Kazakhstan as soon as possible to ensure peace and stability in the region.

They also emphasized that the establishment of permanent peace between Azerbaijan and Armenia would contribute to regional stability and prosperity.

Kalin noted that Turkiye is determined to continue its role in ensuring peace and stability in the Balkans, Caucasus, Middle East, Central Asia, and Africa. 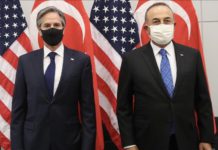 Turkey, US agree on formation of joint mechanism to strengthen bilateral ties