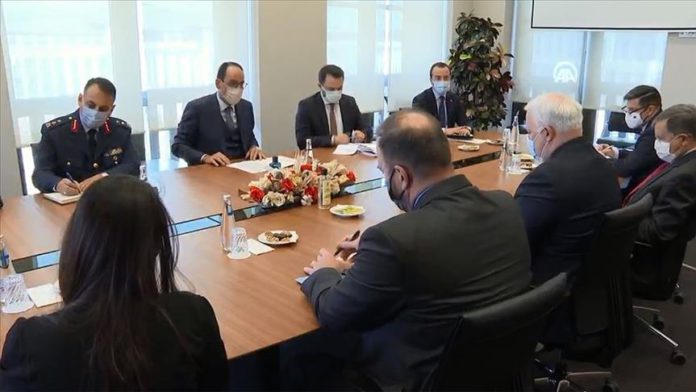 Turkey’s presidential spokesman Ibrahim Kalin and the US special envoy for Syria on Wednesday discussed the latest developments in the region, according to an official statement.

Kalin received Joel D. Rayburn and his delegation at the presidential complex in the capital Ankara.

The two officials discussed the Syrian crisis and the constitutional talks with particular focus on the restive city of Idlib, Turkey’s presidential office said in a statement.

They also discussed counter-terrorism efforts and the issue of refugees.

Kalin affirmed Turkey’s commitment to de-escalation in Syria despite continued cease-fire violations by the regime and its allies.

They agreed to intensify joint efforts to support the constitutional committee aiming to end civil war in Syria and paving the way for free and fair elections, along with ensuring the safe return of refugees.

Kalin underlined that any political, economic and military support to terrorist groups in Syria is unacceptable.