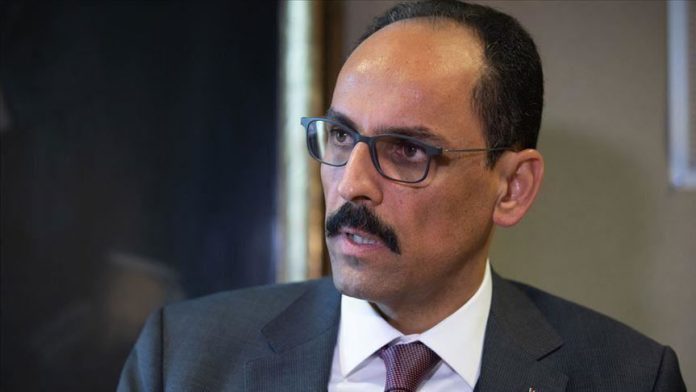 Ibrahim Kalin and Robert C. O’Brien also exchanged views on an international conference that will be held Sunday in Berlin on the Libyan crisis and highlighted the importance of maintaining the ceasefire and agreement on the de-escalation zone in Idlib, Syria, said the sources, who asked not to be named due to restrictions on speaking to the media.