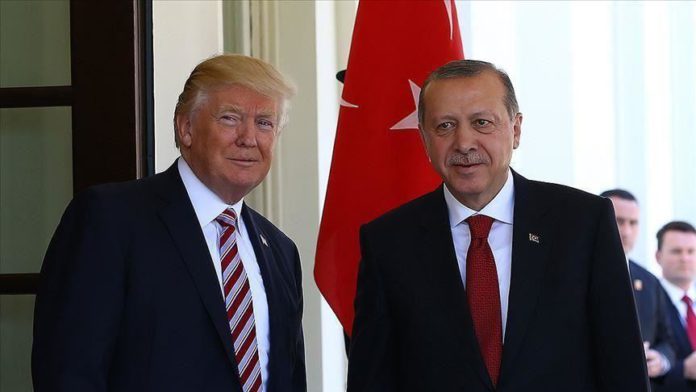 Turkey’s president discussed bilateral relations and regional developments over the phone with his US counterpart Wednesday, especially regarding the Eastern Mediterranean.

Recep Tayyip Erdogan reminded Donald Trump that Turkey is not a party creating instability in the Eastern Mediterranean, the Turkish Communications Directorate said in a statement.

He stressed that Turkey proved with “concrete actions” that it wants to reduce tensions and establish dialogue on the matter.