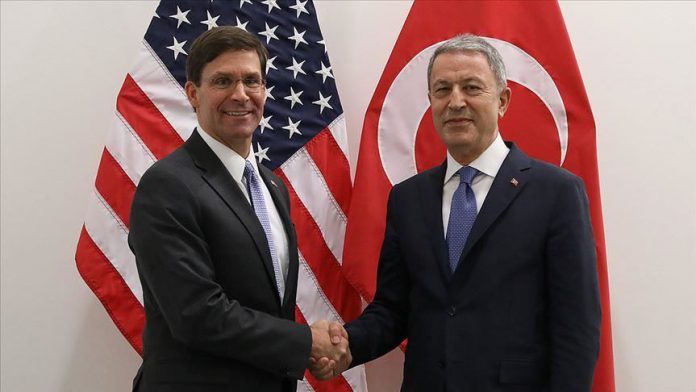 According to the statement issued by Turkey’s National Defense Ministry, Turkey’s Hulusi Akar and the U.S.’s Mark Esper addressed security issues in the region concerning both countries.

The Pentagon accused Soleimani of plotting an attack on the U.S. Embassy compound in Baghdad, and planning to carry out additional attacks on

Hagia Sophia to reopen as mosque after 86 years