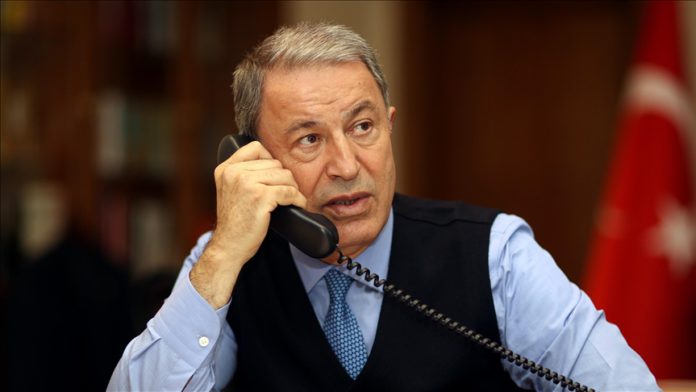 The defense chiefs of Turkey and the US on Wednesday discussed in a phone call the latest situation in ongoing talks on ensuring the security of the airport in Afghanistan’s capital after this summer’s NATO pullout from the country, said Turkey’s National Defense Ministry.

Hulusi Akar and US Defense Secretary Lloyd Austin discussed the continuing talks on the operation and security of Hamid Karzai International Airport in the capital Kabul, the ministry said.

The phone call was positive and constructive, the ministry said, adding that the two officials decided to continue the discussion on Thursday.

Last month, a delegation of US State Department and Pentagon officials arrived in Ankara to discuss progress on efforts to keep Hamid Karzai International Airport in Kabul operational after the US troop pullout, set to conclude by Sept. 11.

The situation in Afghanistan heated up after US President Joe Biden announced that all American forces will withdraw from the war-torn country by Sept. 11, with NATO allies doing the same.

Biden and his Turkish counterpart Recep Tayyip Erdogan discussed the issue at a recent NATO leaders’ summit in Brussels.