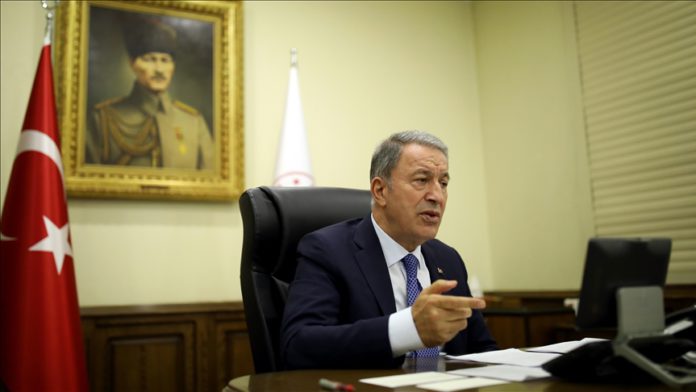 The defense chiefs of Turkey and the US on Thursday spoke on the phone for a second day and discussed developments related to the operation and security of the airport in Afghanistan’s capital after this summer’s NATO pullout from the country, said Turkey’s National Defense Ministry.

“We continue our effort to provide the necessary support for the uninterrupted operation of Hamid Karzai International Airport with our elements after the termination of the Resolute Support Mission for the security and welfare of our brothers and sisters of Afghanistan,” said a statement by Turkey’s National Defense Ministry following the discussion between Hulusi Akar and US Secretary of Defense Lloyd Austin.

Noting that Turkey has been in Afghanistan for two decades and in charge of the airport’s operation for six years, the ministry said the facility was the country’s only gateway to the world and was of “critical importance for the security, peace and welfare of the Afghan people.”

This was a continuation of an earlier phone talk on Wednesday that the ministry said was “positive.” It had noted that the agreed to hold another conversation on Thursday, adding they tackled the latest situation regarding the meeting of Turkish and American delegations on safely operating the airport.

September 25, 2020
We use cookies to ensure that we give you the best experience on our website. If you continue to use this site we will assume that you are happy with it.Ok